Strong Signing For Lambs As Morrell Gets Busy 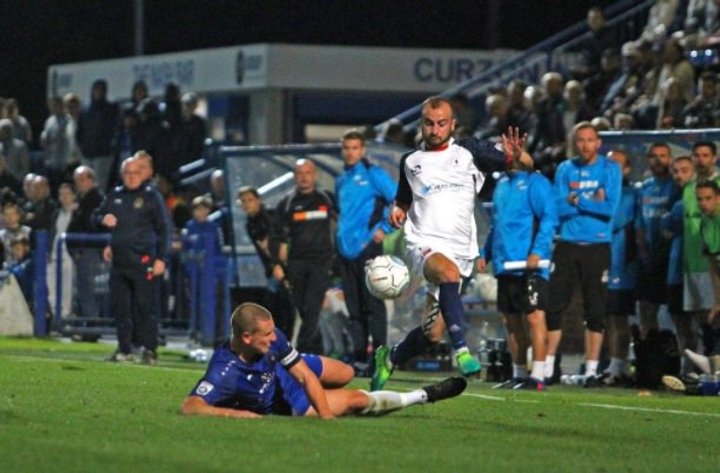 The 22-year-old Stoke City academy product made seven appearances for the Bucks after joining in May but has recently struggled for regular game time.

Strong had not been named in a starting XI since the 3-2 home defeat to Blyth Spartans on September 2nd and did not feature in the squad for last weekend’s defeat at Chorley.

And Bucks boss Rob Edwards allowed him to depart in order to seek regular football elsewhere.

Strong was one of several summer signings made by former Telford boss Rob Smith before he was replaced by Edwards in June.

Strong came through the youth ranks at Stoke and played for Tamworth, firstly on loan and then on a more permanent basis before picking up a severe knee injury in June of last year while on trial at SkyBet League One side Walsall.

 Still Believes League Is Strong Ahead Of Saturday's Big Clash The National League is strong this year says a man who would know!