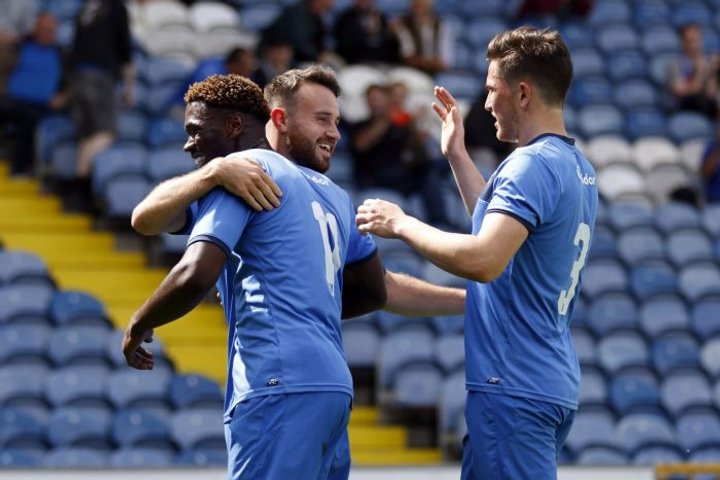 Jim Gannon couldn't hide his delight in seeing his Stockport County side put five past National League Macclesfield Town in the 'postcode derby'.

This pre-season friendly fixture had more of an edge to it as last season's FA Trophy finalists made the 14-mile journey to County's Edgeley Park.

And Tyrone Marsh gave the visitors a first-half lead but National League North Stockport soon levelled through Matty Warburton. The Silkmen went back ahead after Scott Wilson's effort went in off a post to give them the advantage at half-time.

But only three minutes into the second half and the Hatters had equalised again - Jason Oswell firing in from close range. Warburton netted his second seven minutes later, putting Stockport ahead, before Oswell added a fourth.

Warburton put the icing on the cake, smashing home a penalty for his hat-trick and to please manager Gannon.

"We showed what we can do, in competing really well with a team from the National League," he said.

"The six new signings all added to the team. The second half in particular, the team's performance had so much confidence and belief to it."

Macclesfield manager John Askey said: "We knew coming here would be more of a test. I thought we did ok in the first-half and I was pleased with most players.

"We made changes for the second half and we struggled defending corners initially and then we seemed to fall apart. I think the majority of players who have signed have done well again."

 McAnuff: New Positive Environment At Leyton Orient The midfielder returned to E10 on a one-year deal after a previous spell and says the feel-good factor is back at Brisbane Road.

Youngsters Get Senior Opportunity At Poole  As part of the move to integrate players at all levels of the club, Poole Town have signed a number of last season`s successful under-18 players to an expanded first-team squad.