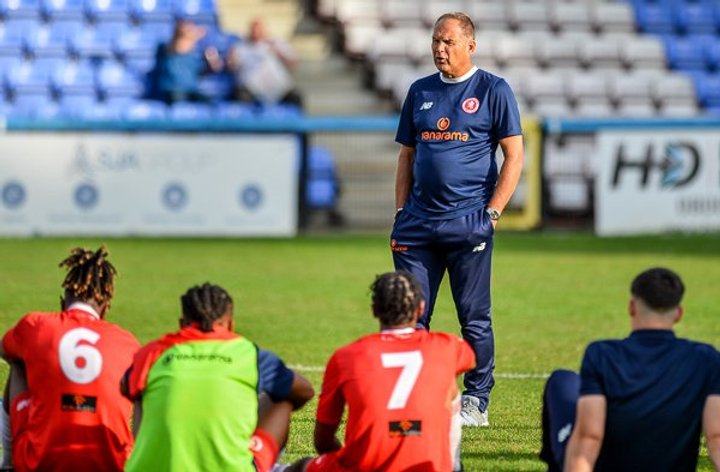 Welling United have confirmed the resignation of boss Steve Lovell on a day of four managerial departures across The National League.

Alongside assistant Tristan Lewis- who joins Lovell in leaving the Kent club- the 61-year-old saw his side defeated in the FA Cup Second Qualifying Round by Harrow Borough on Saturday.

Despite an encouraging start to his tenure in January, the Wings find themselves third from bottom in Vanarama National League South.

A win over Concord Rangers late last month is Welling's only victory of the campaign from the opening five matches.

A brief club statement read: "Following this weekend’s exit from The FA Cup we are disappointed to announce that the Club has accepted the resignations of both Steve Lovell and Tristan Lewis.

The Club wishes to place on record its thanks to both Steve and Tristan for all of their efforts since arriving shortly before the end of the curtailed 2020-21 season and wish them both the very best for the future".

 Unibet's Vanarama National League North & South Preview Some will say it’s way too early for promotion six-pointers – but the fixture list would beg to differ this weekend!