Stand By Your Man. Pope Leaves Hawks Brad All Over! 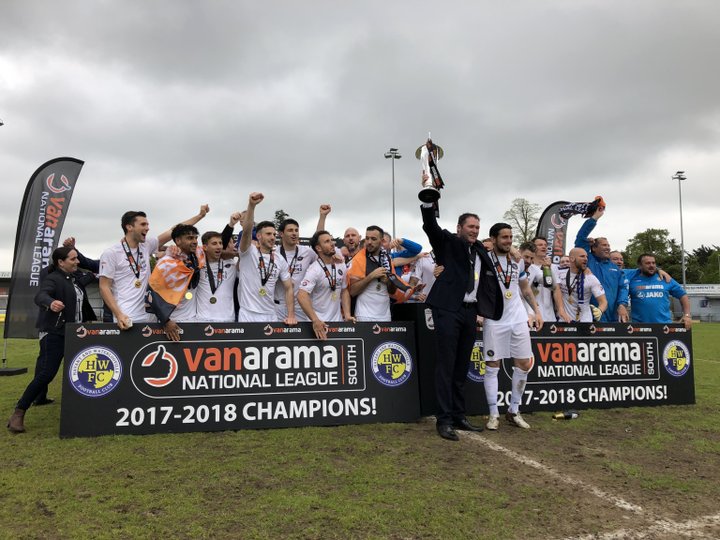 Two years ago, nearly to the day, Derek Pope walked aimlessly around West Leigh Park starting a period of soul searching. He had enough of it to keep him occupied for some time.

The Havant & Waterlooville chairman had been short-changed. But unlike you or I after leaving a local corner shop and spotting the mistake, there was no turning round and asking for your money back.

The Hawks who he had funded well out of his own pocket had been relegated out of the National League South when really they should never have been.

It was the darkest day since the merger of Havant Town and Waterlooville FC exactly 20 years ago. 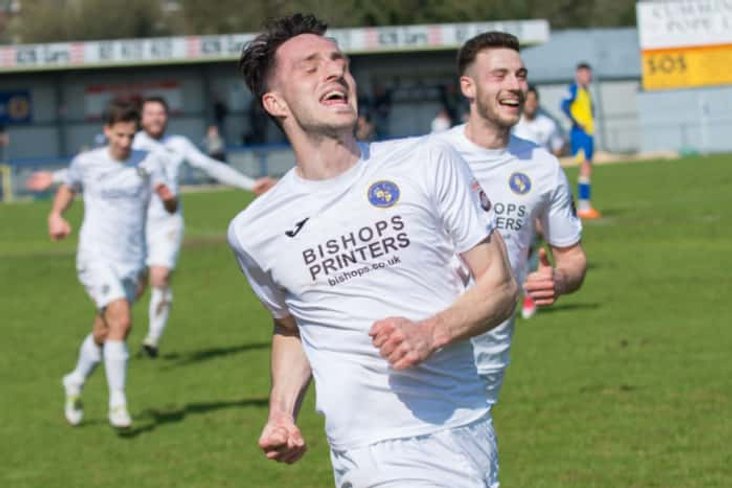 Their target was to get out of the division. The Hawks did that, but nobody expected it to when the bottom three trap door opened its jaws.

Manager Lee Bradbury took it all personally. Knowing he had made mistakes, he accepts he feared the worst. After all, few managers keep their jobs when the team has been relegated on their watch for an entire season.

What happened two May's ago is perhaps a lesson to so many. Pope bucked the trend of getting rid of managers once the club had hit rock bottom.

He wanted Bradbury to rebuild it, try again and see what happened. The Ryman League is not where he ever saw the club playing again but the owner sense sticking by his man despite everything that went wrong was the right thing to do.

“We stuck by Lee simply because I see the way he works and what he puts in to it,” Pope told us. “I saw close hand how he worked them, how he trained them and relegation in 2016 wasn’t his fault.

“It was the players at the time. They let him down a little but I saw what he was doing behind the scenes and for me that was good enough.

“I knew it would come good and he has repaid us and then some. Back to back titles is incredible, absolutely outstanding.”

Bradbury said: “It’s a hell of a journey we have been on. In hindsight, the best thing what could have happened to this football club - and for me as a manager - was that we went down two years ago.

“It made me more determined for it to never happen to me again. We have learned from what happened as we pushed on. We have gone from strength to strength.

“The chairman and the board stuck with me, he deserves all the credit. It would have been easy for him to have a knee-jerk reaction. I made some bad signings, but I think he knew I could get the club back up. I am just so happy I have been able to thank them all for sticking by me.”

He and his players know how to put poor Pope through the ringer.

They were so close to blowing it, 2-0 and and cruising, nothing-to-play-for Concord came back and it was advantage Dartford from nowhere.

Then with the board for stoppage time about to go up, Jason Prior found some composure to side foot Havant into the top flight of Non-League football for the very first time.

Pope added: “I was rolling in a heap sickened, I thought we had thrown it all away. 2-0 and comfortable. Then Jason scored - there were people around me crying, and I’m not scared to admit I was one of them!

“This is the best moment I have ever had. We’ve had the Liverpool days of course when we went up to Anfield and gave a great account of ourselves, but this outweighs all of that.

“You work all season for this. They are a great bunch of lads. We have one player different to what we won the Ryman League with last season and we kept with the squad.

“I’m sure we will do the same next year and keep them together and add three or four maybe.”

 Dowson Looking Forward To Rematch With Truro Alan Dowson says his Hampton side have learnt a few things ahead of facing Truro for the second time in the space of a few days.