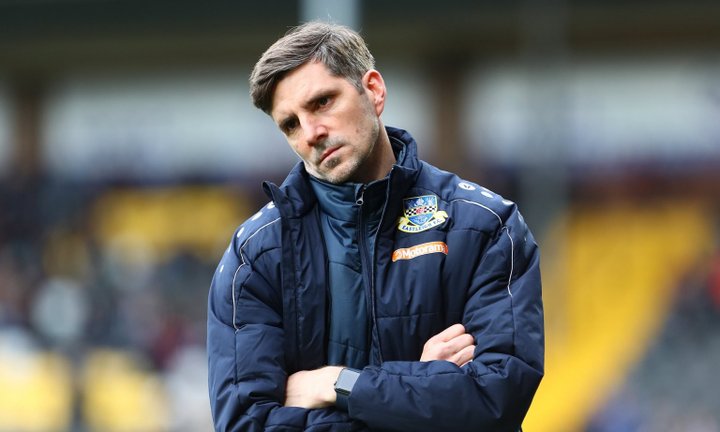 Ben Strevens has left his position as manager of Eastleigh, the club have today confirmed.

It comes following Tuesday night’s defeat to Dover Athletic, the Whites’ first victory of the season.

The third loss in a row left the Spitfires in 14th.

It brings to an end nearly four years in charge for the club’s former midfielder.

The club confirmed the news in an statement this afternoon.

It read: “Eastleigh Football Club can today confirm the departure of First Team Manager Ben Strevens, who leaves the club by mutual consent, with immediate effect.

“The Board would like to thank Ben for his commitment to the club as a player and during his three years and three months tenure as manager.

“The club are grateful for the successes Ben has had as Manager, guiding us to the Play-offs in his first season as well as working under tight budgets to create an exciting recruitment strategy of young, hungry players that have developed here and progressed up the leagues.

“Ben has also done a great job navigating the club through an extremely difficult period during the COVID-19 pandemic. He has helped the club to remain financially sound by managing on a budget and generating funds through player development and sales.

“However, after holding meetings in light of recent results and performances, both parties have come to an agreement that a change is required to move forward as a Football Club.

“As a Spitfires legend on and off the pitch, Ben will always be welcomed back to the club.

“Jason Bristow will now be placed in interim charge with immediate effect.”