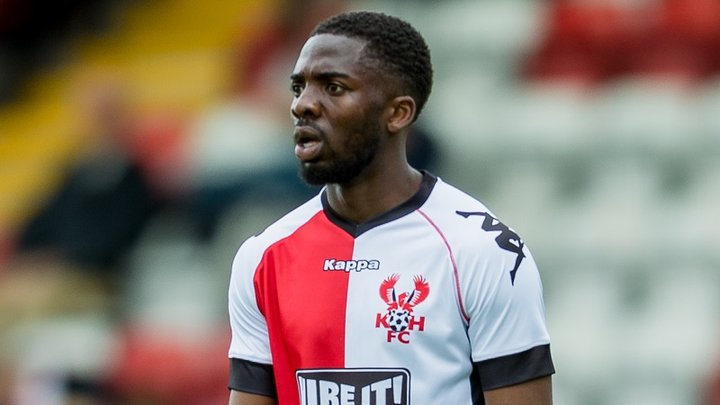 Kidderminster Harriers have confirmed that Manny Sonupé will be remaining with the club after his deal to stay at Aggborough was extended.

Sonupé, who netted 15 times last season, has had an option exercised in his contract that keeps him in Worcestershire for another campaign.

Additionally, goalkeepers Tom Palmer and Nathan Vaughan have been secured for another season.

Defender Kennedy Digie and James McQuilkin are among those to be offered new contracts following the 2017/18 season, with Liam Truslove, Andre Brown and James Pearson also presented with new terms.

Harriers will also forward an offer to Elton Ngwatala but, while the club are keen to retain him, it is understood the Frenchman has firm interest from Football League clubs and will be exploring his options.

Armstrong Releases McTiernan But Keeps Majority Of His Squad  Midfielder David McTiernan has been released by Blyth Spartans.