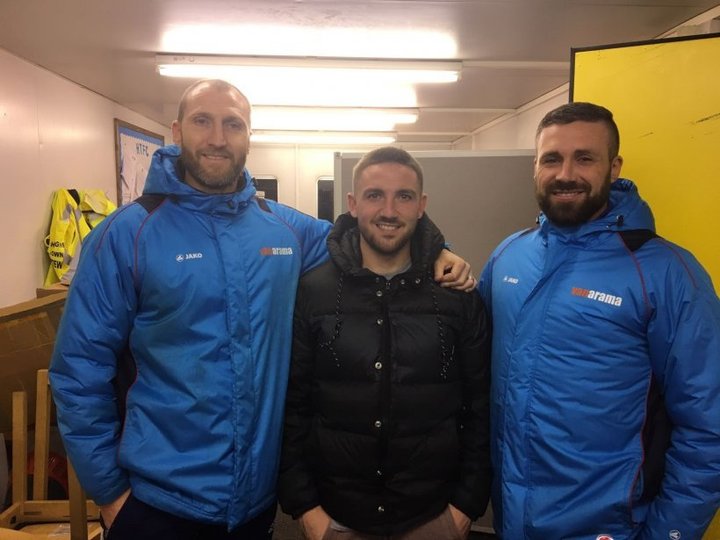 Ian Herring and Jon Boardman, joint-managers of Hungerford Town, have pulled off something of a coup signing by adding attacking midfielder Anton Rodgers to their squad.

Rodgers trained with the Crusaders last week and said he just wanted to get back to playing football after leaving SkyBet League One side Swindon Town at the end of last season.

Rodgers has stayed fit whilst training with Wycombe Wanderers and featured in pre-season for his father Brendan at Celtic in a friendly against BW Linz in Austria winning 1-0.

Twenty-four-year-old Rodgers will come straight into the squad for tomorrow`s home game versus Havant & Waterlooville.

Rodgers started his career with Brighton & Hove Albion, signing an eight-year contract with their development squad during May 2011 after being released by Chelsea` academy.

Rodgers made his senior debut for Brighton in an FA Cup match against Wrexham in January 2012.

In March 2013, Rodgers joined League Two side Exeter City on a two-month loan deal and when he returned to Brighton, he was released.

In July 2013, Rodgers signed for League One side Oldham Athletic on a one-year contract but was released by the Latics after limited appearances in the first-team.

In the summer of 2014, preceding his release from Oldham, Rodgers joined League One side Swindon Town.

He went on to play sixty-eight times and net 5 goals for the Robins before being released at the end of last season.

Rodgers has been capped by the Republic of Ireland at under-17 and under-19 level.

 Saturday's Round Up: Vanarama National League North Salford City moved four points clear at the top of the table on Saturday after an amazing finale at the Peninsula Stadium saw them secure the three points with a very late winner against mid-table Alfreton Town.

Frecklington Urges Trinity Side To Enjoy Cup Occasion  Gainsborough Trinity manager Dave Frecklington has urged his side to enjoy the occasion as they aim to reach the second round of the prestigious competition.