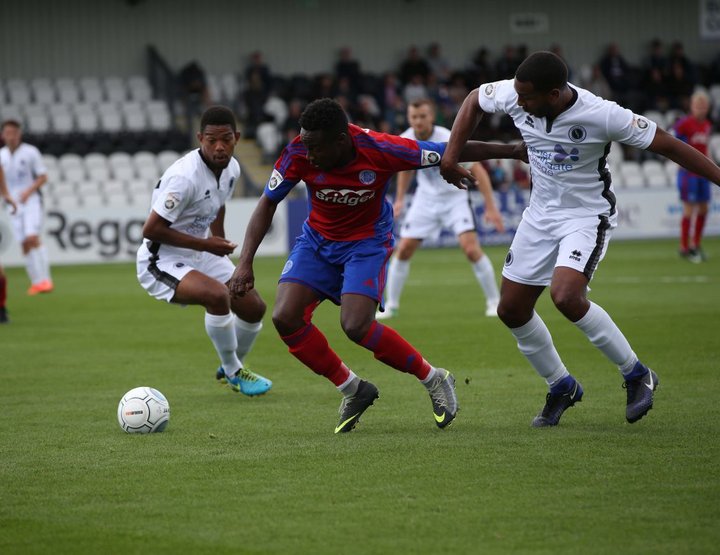 We’re approaching the final month of the season and that means there is still plenty of drama yet to come!

Whether it be a relegation six-pointer or a must-win fixture in the promotion hunt, every club will be desperate for three points in their remaining matches.

It’s hard to see either side not finishing in the top seven so this could well be a dress rehearsal for the end of season showdown.

Gary Waddock has said that his side need to improve their points return at home and Saturday would be a great time to start. They’ve only won two of their last seven home games in the National League and that just isn’t good enough for a team gunning for promotion. They’re coming off two difficult games on the road - three points would be the perfect tonic.

Boreham Wood have put their mini wobble behind them, beating Tranmere Rovers last time out after three consecutive draws. They’re now up to third and boss Luke Garrard will know that his side still have an outside shot at the title if they can keep the pressure on the top two. They’ve only conceded three goals in eight games so expect this to be a tight affair.

With Solihull, Barrow and Hartlepool all picking up wins in the last week or so, this is a must-win for both clubs.

The Gulls have picked up four points from their last two games and will see their next three fixtures (Guiseley, Chester and Woking) as winnable. They’re eight points adrift of safety still so victory on Saturday is imperative. A defeat would be a huge blow and could well be the end of their great escape hopes.

Even a win for Guiseley won’t lift them off the bottom of the National League table. Even the staunchest of Lions fans will admit that they require a minor miracle to stay up. But all miracles have to start somewhere. They’ve only won twice on the road all season - can they make it three and build a little bit of confidence?

The big game this weekend being broadcast live on BT Sport - it could have huge consequences for the home side.

Rovers failed to capitalise on Macclesfield and Sutton slipping up last weekend. Five of their remaining eight games come at Prenton Park and they will targeting wins in all of them. You would think the title is slightly out of their reach now but they have the quality to go on a run now until the end of the season. With the unpredictability of the National League this season, who knows?

You may think Eastleigh would have one eye on their summer holidays already but that should be far from the truth. The Spitfires had been scoring - and conceding - at an alarming rate since Andy Hessenthaler took over but their last two games have ended goalless. That may represent progression but they’re still only seven points clear of the bottom four. They’ll need another couple of wins to make sure they’re not dragged into any late-season drama but Saturday will be a tough trip for them.

 Curry Returns To The North-East To Joins Moors On Loan Spennymoor Town have signed 20-year-old defender Adam Curry on loan from SkyBet Championship side Hull City until the end of the season.

Lathrope Overwhelmed By Help From Football `Family`  Woking`s injured midfielder Damon Lathrope has been overwhelmed by the tremendous support he has received from the club and the football family in general.