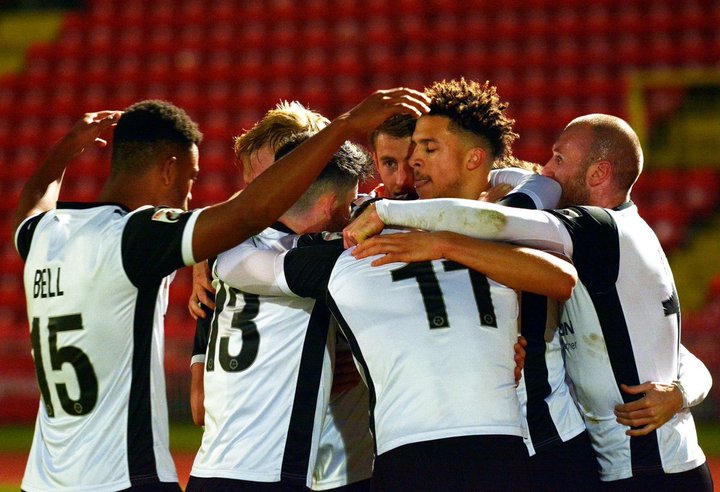 The Beast from East has caused havoc this week and our clubs will be weather watching ahead of the weekend.

But there’s only so much we can do. Clubs will be preparing as best they can for Saturday so we’re going to look ahead and hope the freezing temperatures start to heat up!

Which three fixtures should you really be keeping your eye on this weekend? That’s where we come in…

It’s no great shock that BT Sport chose this one to feature live on their channel this Saturday lunchtime.

The Wood have won four of their last five in the National League and that includes four clean sheets. They have the attacking talent and now they’re being very stingy at the back too. A win could see them possibly go second in the table and really get them dreaming.

Macclesfield’s impressive wins at Aldershot and Tranmere were followed up by a crucial victory against Maidenhead last Saturday. The Silkmen have won five of their last eight on the road in the National League and another victory at Meadow Park would be a big step towards promotion.

Ebbsfleet boss Daryl McMahon says his side can let the shackles off against Wrexham - a side who are desperate for three points.

Fleet have won four games in a row - all by one goal margins - to get right back in the play-off picture. They are very good at home and will fancy their chances against a Wrexham side struggling to win games. A victory at Stonebridge Road would be a big statement.

The positive for the Dragons? They’re 12 National League games unbeaten. The not so positive? They’ve only won three of them. They’ve drawn four in a row now and are slowly drifting down the table. They are just about still in the title hunt but they need get back on the winning trail, and quickly.

Both sides are coming off late goals in their previous fixtures and the result could have a big say on their aspirations for the rest of the campaign.

Tranmere left it late in Kent but just about squeezed past out of sorts Maidstone United. They’re back up to third and will need to get back to winning ways at Prenton Park following the recent 4-1 defeat to Macclesfield. A victory and Macc defeat could put them four points off the top.

Gateshead also left it late last Saturday, fighting back from 3-0 down at Leyton Orient to grab a 3-3 draw in their FA Trophy quarter-final. The Heed still have an outside shot at the play-offs but know they’ll have to go on a good run. They’ve shown flashes of quality but need to become more consistent. A result at Tranmere could be the start of that.

Tranmere Bring In Former Forest Green Promotion-Winner  Tranmere Rovers have completed the signing of midfielder Drissa Traoré until the end of the season.