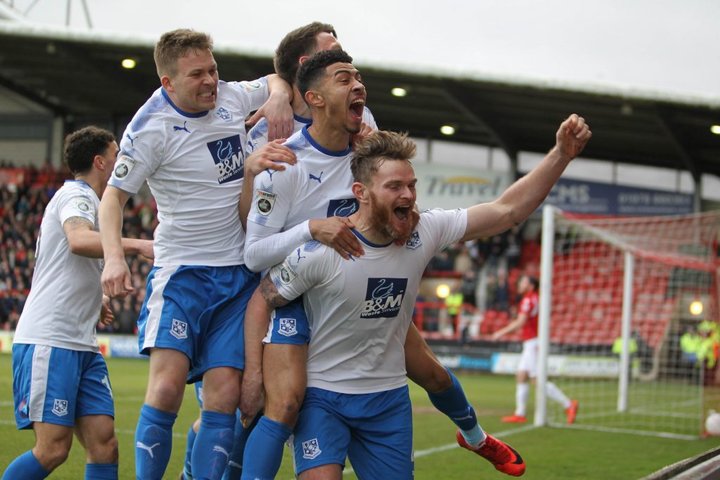 The Vanarama National League programme may be decimated by the FA Trophy but the remaining five fixtures look set to provide plenty of drama.

We’ve picked out three games you’ll have to keep your eye on this Saturday but even the two we’ve left out (FC Halifax v Dagenham and Guiseley v Wrexham) are big games!

Here are our top trio…

Both clubs want to get into the top seven and both score plenty of goals - there could be fireworks at Mill Farm!

The Coasters had won six out of seven prior to last Saturday’s shock defeat at out-of-sorts Woking. Still, they’ve been on a brilliant run and are now just two points off the top seven. This is a game Dave Challinor’s side will be wanting three points from.

Things won’t be easy for Fylde, however, as they welcome the form team in the National League. New boss Andy Hessenthaler has transformed the Spitfires and they’ve now won four in a row. They’ve scored 13 times in those victories and will most likely need a few more this weekend if they are to continue their winning streak.

The term ‘six-pointer’ might be a big football cliche but neither side can really afford to lose this one.

Torquay especially need to start picking up points and quickly. The Gulls haven’t won since the end of November and their barren run has seen them sink to the bottom of the table. They’re ten points from safety and will need to put together a run of results to have any chance of survival.

Solihull Moors’ recent fantastic run has seen Barrow’s cushion above the bottom four reduced to just one point. The Bluebirds have games in hand over their rivals but they still need to win them. Barrow have only played two National League games so far in 2018 due to postponements so a win at Plainmoor would be most welcome.

Tranmere will be targeting another three points at home but Ebbsfleet are a wounded animal at the moment and will provide a tough test.

Rovers picked up a useful point at Wrexham last Saturday in front of a season’s record attendance of 8,471 at the Racecourse Ground. The title picture is wide open and Micky Mellon’s side will be hoping to take advantage of others being out of action this weekend and put some pressure on their rivals.

For Fleet, there’s not much to lose. Boss Daryl McMahon last week all but wrote off their play-off chances so maybe now they’ll go out and play with more freedom. If they do win at Prenton Park, they could be just four points adrift of the play-offs. They’re out of form but have good players so shouldn’t be taken lightly.

Thanks, Angus! Torquay To Cash In As On Former Star  Torquay United are celebrating after getting the cash windfall they had hoped for with time ticking on transfer deadline day.