Something For The Weekend: The Must See FA Trophy Ties 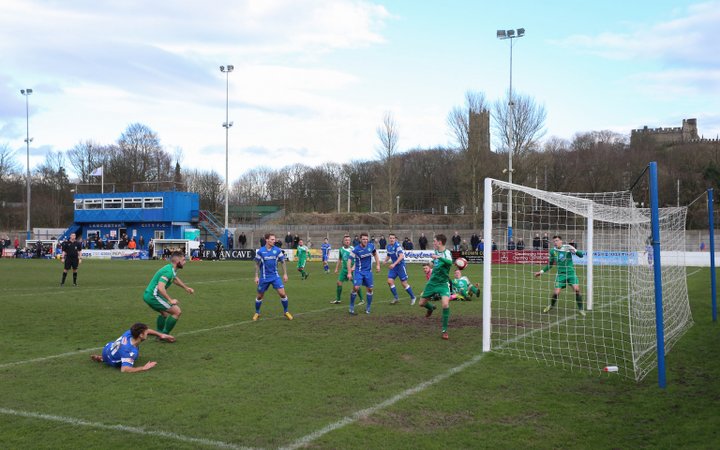 Christmas shopping on Saturday? Forget it! There may be little National League action to speak of but there are some potentially fantastic FA Trophy ties to tuck into.

So ignore all temptations to hit his the shops - what exactly is Christmas Eve for?

Some great Trophy ties came out of the hat a few weeks ago and Saturday promises to be an afternoon you won’t be able to take your eyes off.

With so many matches, we’ve upped our usual ones-to-watch total to seven.

These are the games that have all the ingredients to be explosive - this weekend is sure to be another cold one but there’s plenty on offer to keep everyone warm!

Our super seven games to watch:

Kidderminster Harriers v York City
The holders take on the 2007 winners - a decade on can the Harriers get on the road to Wembley again? York manager Martin Gray wasn’t in charge when City won at the national stadium and says he wants the chance to lift the Trophy at the venue of legends. Harriers at home with be a tough nut to crack.

Dartford v Boreham Wood
This has all the hallmarks of an upset. Dartford, joint top of the National League South and great at home, but take on in-form Wood who haven’t lost in 11 in a league above. Luke Garrard and Tony Burman are sure to take this one seriously.

Billericay Town v Havant & Waterlooville
Havant have won the same number of away games as Manchester City this season but Billericay, of course, have the finance. Many are tipping Glenn Tamplin’s team to have a great run in the Trophy but the Hawks won’t be overawed.

Haringey Borough v Leyton Orient
It’s Haringey Borough’s biggest ever game - so Orient, dreadful travellers, should be mindful. Justin Edinburgh needs to see the same side who turned Sutton United over so well, not the team that haven’t won away since August.

Hartley Wintney v Bromley
Playing at Step 5 last season, little Hartley know all about winning at home. They have started the Evo-Stik South East superbly and sit in a play-off place. They will be up for taking the scalp of a National League side for the first time in their history.

Lancaster City v Stockport County
This will be a demanding trip for County and the Dolly Blues will be sure to offer a chilly welcome. Jim Gannon knows his team will be in for a tough time against the Evo-Stik North promotion hopefuls, pictured, on a bitterly cold afternoon in the north west.

Workington v Hartlepool United
This is probably the last thing out-of-form Hartlepool United want. After their long trip to Dover Athletic last week, they have to try and pick themselves up from that hammering with another slog - this time to the very north west. Workington are going for the Evo-Stik NPL title. Tricky.

 The Finest Moult! Wrexham To Benefit From Ex-Star's Move Christmas has come early for Wrexham after it was confirmed that former striker Louis Moult would be signing for Preston North End.

Kavanagh Becomes The Latest To Join City On Loan From Rovers  Following on from the loan signing of Michael Kelly last week, SkyBet League One side Bristol Rovers have agreed to loan young striker Rhys Kavanagh to Bath City until 20th January 2018.