Something For The Weekend: National League North 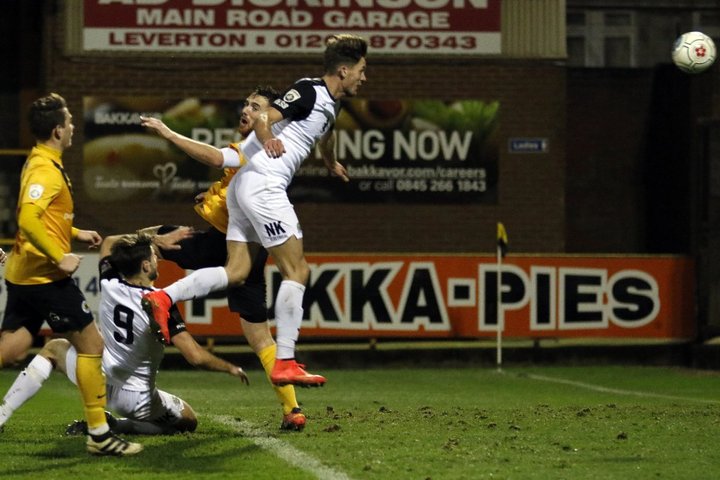 Saturday sees another interesting set of fixtures in the Vanarama National League North - and we've picked out three of the key games.

Anthony Johnson and Bernard Morley`s side are currently six points clear at the top of the table, having had their advantage cut by three on Tuesday when Brackley Town beat Southport 4-0.

And the Ammies are on a run of five successive league wins, their latest being last weekend`s 2-1 success at The Lamb against Tamworth.

In contrast, the Villagers haven`t tasted victory in the league since beating Blyth Spartans 1-0 on August 19th and have picked up only three points from their last ten matches.

And Steve Housham`s side are already eleven points adrift of the safety-mark.

So, a comfortable afternoon for the hosts?

Well, you never know, and as Jimmy Greaves used to say “it`s a funny old game!”

Southport vs Blyth Spartans
After former Bolton, Chesterfield, Southampton, Blackburn and Preston star Kevin Davies took over as manager at Southport, the side drew his first four games in charge before suffering a 4-0 battering at Brackley Town in midweek.

His appointment did at least have the galvanising affect of halting a terrible run that saw Port lose six successive games which led to the departure of Alan Lewer and Mark Wright.

Davies needs three points at the Merseyrail Community Stadium on Saturday as they welcome play-off chasing Blyth Spartans as, after that, his side have just one more home game before Christmas – a run of five away games out of six.

Blyth travel across to the north-west coast currently occupying fifth spot, but have been rather inconsistent in recent weeks.

They began October with a 6-3 hammering of Nuneaton Town, but since then have won three and lost two, coming a little back to form with a hard-earned 1-0 win at Croft Park against Leamington.

County`s form may have fluctuated over the past couple of seasons, but their home support has remained excellent, with over 3,000 paying at the gate in all-bar one game and 4,072 in attendance for the recent derby against FC United of Manchester.

Jim Gannon`s team need to find a little more consistency of they are to challenge for a play-off spot, but they showed plenty of battling spirit last Saturday when Jimmy Ball earned them a point at Boston United in the 5th minute of stoppage time!

Matt Jansen`s Chorley side suffered a bit of a hangover from losing 2-1 at home to Fleetwood Town in their Emirates FA Cup First Round replay last week and then struggled a 2-2 home draw with lowly Nuneaton last weekend.

The former Blackburn striker will be hoping to get the Magpies` focus firmly back on their play-off push in what`s sure to be a cracker in Greater Manchester.

 A £60,000 Chance To Boost Wrexham’s Hand Wrexham fans have a huge opportunity to raise a lot of money to help the club’s promotion push - and it’s all because of Christmas!