Smith Proud Of Players - But Fans Even More 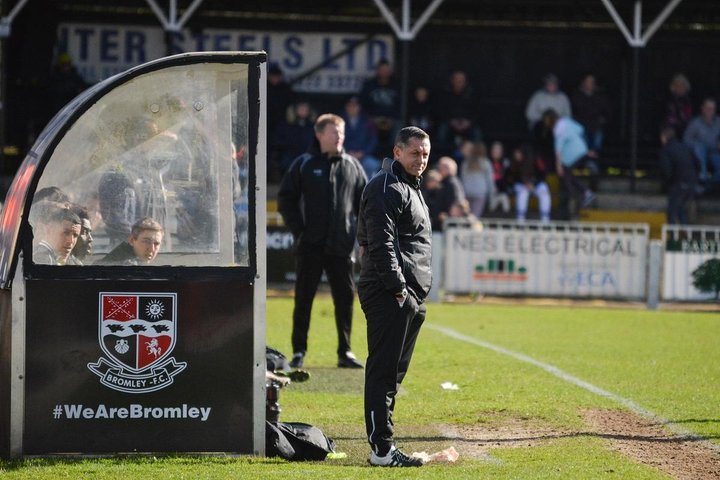 Bromley halted Barrow’s brilliant recent resurgence on Saturday and the win in Cumbria was dedicated to their fans.

Manager Neil Smith claimed the 3-0 victory was one of his side’s best away performances of the season.

But his players weren’t the ones take credit away from Holker Street.

Smith explained: “It was for the fans really, they were brilliant.

“The match was subject to a morning pitch inspection but of course because of the distance they would already be well on their way before they knew.

“They travelled with the game in doubt. They’re amazing, they really are.”

Bromley now know if they beat Aldershot on Tuesday night they climb to third in the National League.

The game was cancelled last week due to a power outage and their well-rested legs helped them achieve a surplus result.

“The players really performed against a side who have won three of their last four match,” Smith said.

York Successfully Start Defence Of FA Trophy  York City boss Martin Gray says despite his side progressing in the FA Trophy, he knows there is room for improvement.