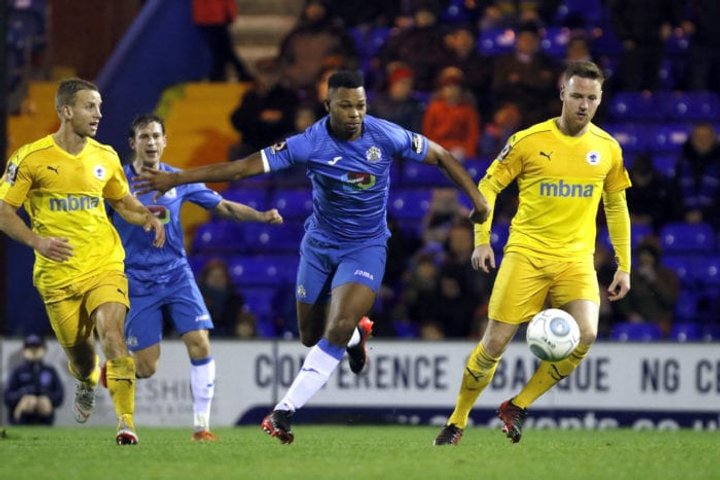 Jim Gannon knows Stockport County’s six-goal show at Chester will get everyone talking.

But he urged focus as the club returned to the top of the National League North in style.

“I'm not saying it's a champions’ performance but it's the performance of a team that wants to be number one,” the manager said to the club’s twitter account after the final 6-0 away win.

“The players haven't surprised me, we've seen it before this season. I'm really pleased. I don't think Chester played badly today, but we were excellent. The fans will have enjoyed it.

“The defence knew they were going to be in a physical match but they coped with it well and allowed the midfield lads to do their job.”

Fans’ thoughts are already on the April 20 visit to now-second place Chorley.

But first it’s a home game with Blyth Spartans on Saturday and Gannon is keen to ensure focus doesn’t switch against a side with eyes on the play-offs.

He said: “Blyth are in good form, we have to respect where they're at. There's loads of twists and turns.

“We need to trust in our professionalism and play with the same energy.

“The Chorley game for me is a long way off, I have to focus on Blyth now.”

Tudors Planning To Keep Cash Rolling In For Brave Spencer  Hemel Hempstead have vowed to do all they can to help midfielder Spencer McCall through his cancer battle - and the next stop is a benefit game.