Simon Continues to Weave his Magic at Harrogate Town 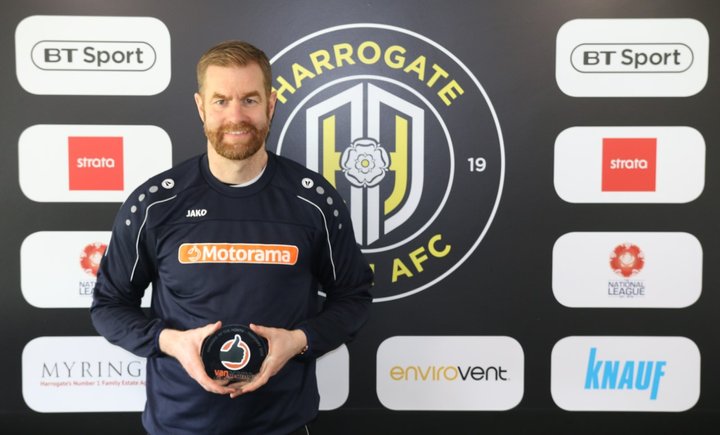 Harrogate Town's Simon Weaver is the Vanarama National League's Manager of the Month for February.

While other leagues in the country have been a one-horse race this season, Simon Weaver and his Town side are hotting up the National League title race.

In a leap-year month, Harrogate have bolstered their title charge while also making hay in the FA Trophy.

Although a draw with Aldershot Town might have underwhelmed fans, a 2-0 win over Eastleigh a week later will have done.

And Eastleigh fell to Town again later in the month, 3-0 this time - while they also beat Yeovil Town by the same scoreline.

Weaver's men continued to show their quality by making full use of the extra day - booking an FA Trophy semi-final place after knocking out holders AFC Fylde in their own backyard.

It marks their best-ever performance in the FA Trophy while they are also still on course for their best-ever league finish after putting distance between themselves and third.

While Barrow might take some catching - are we looking at one of the EFL's new additions for next season?