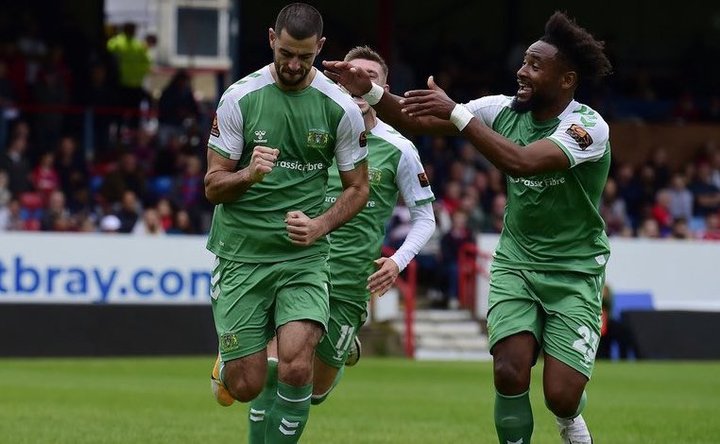 For one of the sides, they are the great TV entertainers. But for the other, it’s usually a video nasty.

Yeovil Town and FC Halifax are always a good watch on BT Sport but their fortunes in front of the cameras usually differ considerably.

Glovers manager Darren Sarll would have rolled his eyes when he heard his team’s game was to be broadcast live.

Nothing to do with the change in kick-off time, it’s more about his side’s dreadful record when Matt Smith and the team come to town. 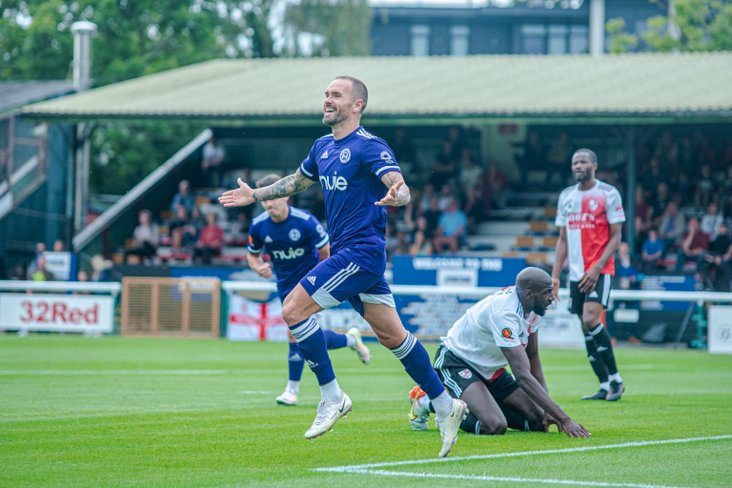 Last season, they were defeated at Stockport County and limped to a 2-2 draw at King’s Lynn Town on the box.

The year before they played Sutton United, Dover and Barnet and lost every one.

Both teams have recovered well from a ropey opening day, Halifax winning two since a home defeat to Maidenhead while Yeovil were excellent at Aldershot having thrown away a home lead to King’s Lynn.

Sarll says it’s high time his players put their BT bother to bed once and for all. 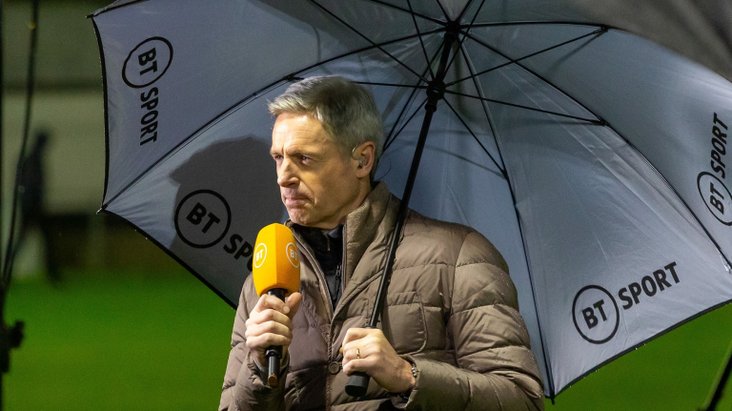 He was asked about it in his pre-match press conference and said: “Will it make any difference that it’s on TV? Well over the past few years it has done!

“We haven’t got the best of records on the telly, it’s fair to say.

“But this is a completely different group of people to the years before. It will be a very fresh mindset going into the game

“We’ve had some really good games with FC Halifax over the years so hopefully this time we can get a result on BT!” 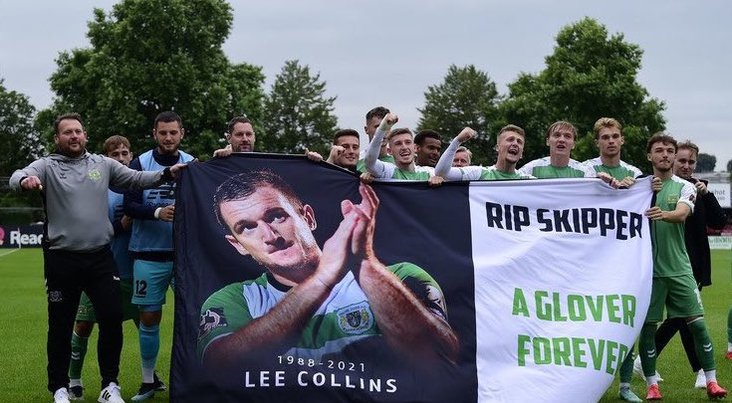 If they are going to put on a show, in-form striker Joe Quigley could hold the key.

The towering forward has three goals in two matches, and Sarll says he’s been toughened up.

“Joe is playing well right now, no question,” he said. “He is the easiest bloke in the world to work with. He’s had 13 clubs before Yeovil and he is only 24 years old.

“It’s not hard to dig deep and get the best out of him. We don’t throw people away willy nilly. 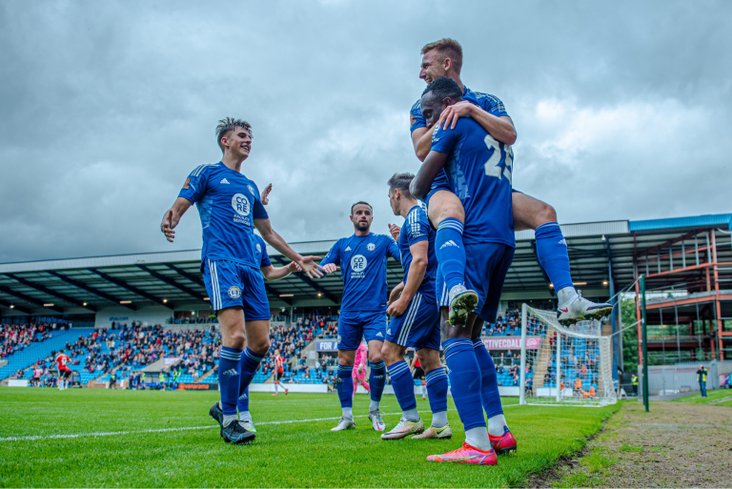 “You’ve just got to work out what people can do. We know what he’s gone at, but I’m really tough with the guy - he gets a rough ride from me!”

Shaymen boss Pete Wild and his team always prove to be a great entertainment and he thinks he knows what’s ahead of him on Saturday.

But he warned Yeovil that his free-scoring side will be ready for what’s ahead. 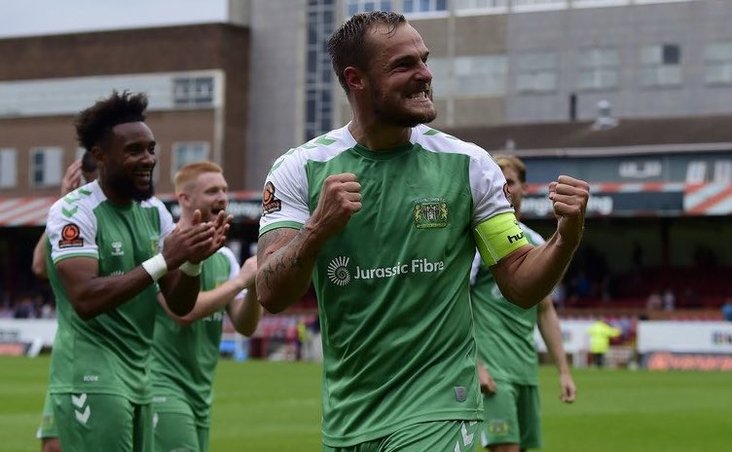 A third win in a row would strengthen the manager’s hand after coming out on top against Woking and Altrincham.

“But I know what’s coming on Saturday, I’m ready for it. 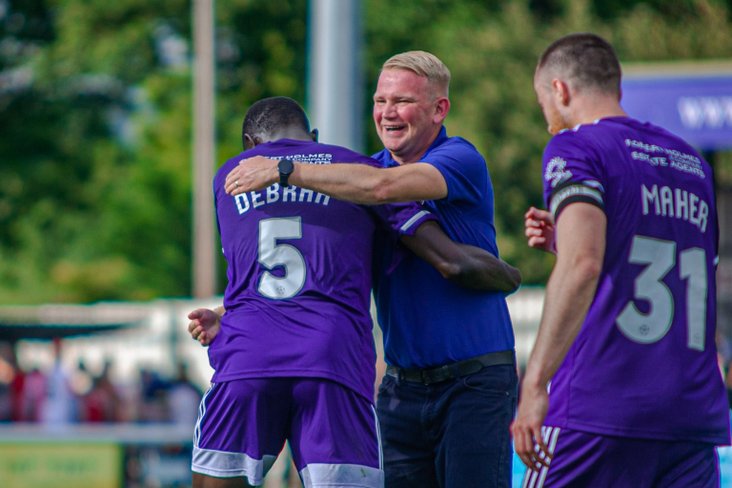 “One of our core values is tactical awareness, which is about our style of play, not the opposition’s.

“They have got some really good footballers as well, but I’m sure their aim will be to bully us on Saturday.

Kick-off on Saturday is at 5.15pm and the match is live on BT Sport

 What Happened On Saturday Across The National League There were thrillers to be found everywhere you looked across the three National League divisions as one of the title chasers were hit for nine.