Seeing Red! Brakes Are Becoming Their Own Worst Enemy 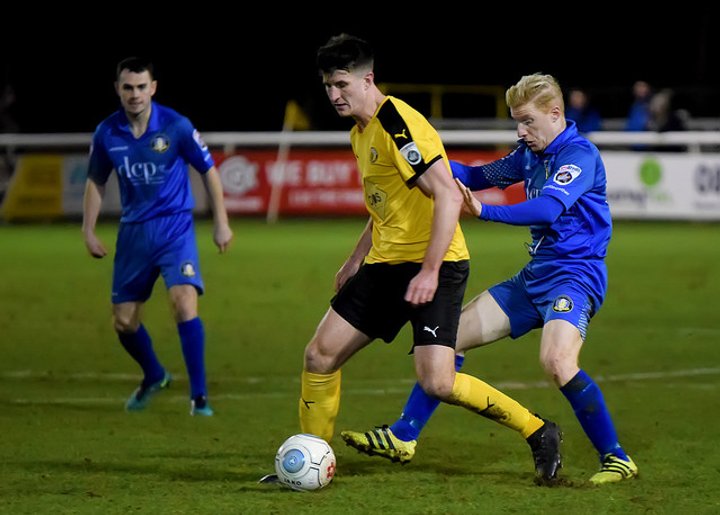 Frustrated Leamington boss Paul Holleran says his side must stop making life difficult for themselves.

The Brakes are in the midst of a relegation battle in the National League North and have ended both of their previous two games with ten men.

Joe Clarke was sent off just before half-time in the late 3-2 defeat to Darlington whilst Jack Edwards also saw red at the end of the first half in the 1-1 draw at North Ferriby United.

Holleran’s side are just two points above the bottom three and now face a tough run of five games against play-off hopefuls.

The boss told the Leamington Courier: “Joe Clarke was unfortunate, I don’t think it was the right decision and Jack Edwards, most referees wouldn’t have made that decision.

“The last two games we could have had six points or four so to end up with just one is really disappointing.”

On Saturday’s game against high-flying Harrogate, Holleran added: “If we’re going to stop in this league we’re going to have to win the games on paper we can win and pull a few results out of the bag.”

 Shot Shahid Is Just Loving The National League Title Ride! Shahid Azeem won’t allow himself to start dreaming. First of all, the Aldershot Town chairman hasn’t got the time for 40 winks.

New Deal For Impressive Hemel Hempstead Number One  Hemel Hempstead Town`s number one Laurie Walker has signed an extension to his current contract keeping him at the club until May 2020.