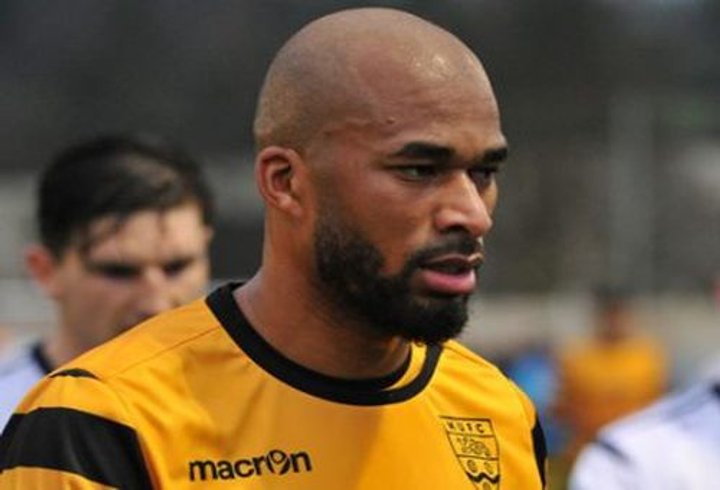 Following on from the departures of Joe Anderson and Reece Prestedge announced yesterday, Sam-Yorke has been released by manager Jay Saunders as he sets about building a squad for the club’s third season at the top level of non-League football.

Sam-Yorke joined the Stones on a two-month loan from Woking in January 2017 and his performances during that time made him the club’s first signing of last summer.

This season has seen him make more than forty league and cup appearances.

Saunders told the club`s official website: “I think Delano would be the first to admit that this has been a difficult season for him.

“He’s one of those lads who gives you 110% and I know he’s been frustrated that the work rate hasn’t been matched by goals.

“For me, the highlights of his time here would be that loan spell last season where he made such an impact and games like Cheltenham this season where, despite getting sent off, he was outstanding, scoring those two goals and running their defence ragged.

“We wish him all the best and thank him for all he’s done for the club”.

 Concord Move Quickly To Appoint Their New Manager Just hours after it had been announced that Sammy Moore and Jack Midson had left Bostik League Premier club Leatherhead, Concord Rangers revealed the duo as their new management team.