Rowe Returns As Fylde Name James As Their New Boss 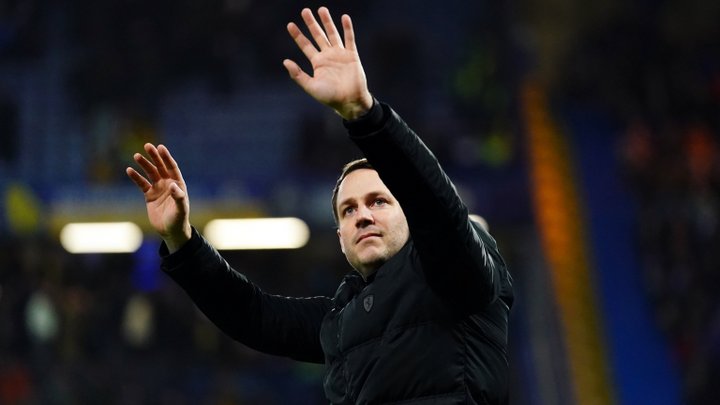 James Rowe has made an instant returns to football after being named the new manager of AFC Fylde.

But they have been quick to source his replacement - and the new man will take over with the team in high spirits after Saturday’s victory over Bradford PA.

Rowe, who left Chesterfield in late January, is back in work again.

A club statement confirmed the news and the club say they are thrilled to have him on board.

Chairman David Haythornthwaite told the club’s website: “James is a manager who has been on our radar for some time as his results at both Gloucester and Chesterfield were outstanding.

“Over the last four days, we have had several meetings with James both face to face, and in my case, as I am away on business, over teams. We have all been struck by James’s openness, burning ambition and desire to win.

“We have done our due diligence on James, and while it is clear he is no shrinking violet, we are confident that James will bring winning mentality to the Club, which we all want.

“Perhaps most significantly, James came highly recommended by Fylde legend Danny Rowe, who James bought to Chesterfield from Bradford City at the start of this season.

“With Danny being sidelined due to a long-term injury, we had invited Danny and his father to the Boardroom back in December, and obviously, the conversation turned to football and what it was like at Chesterfield playing under James.

“I remember Danny’s comments that day: ‘He may not be everyone’s cup of tea, but he’s a winner and the best Manager I’ve played under.’

“Knowing Danny and the character he is, recommendations don’t get much better than that!

“At the same time, we are sad to announce the departure of Nick Chadwick, who we knew also wanted to be considered for the job.

“However, as part of our negotiations, James felt he needed a clean sheet of paper, and we respected this decision. I want to put on record my sincere thanks to Nick, who like Jim Bentley, is a true gentleman and someone we wish every success to in the future.”

“James will meet up with the team tomorrow and take his first training session in preparation for the game at Kidderminster this Saturday.”

 What's Ahead Of Us Tonight Across The National League There’s even more action coming your way this evening - so who will make their mark as March really gets going?