Rose Is At The Ready As Dulwich Hamlet Come For Cook 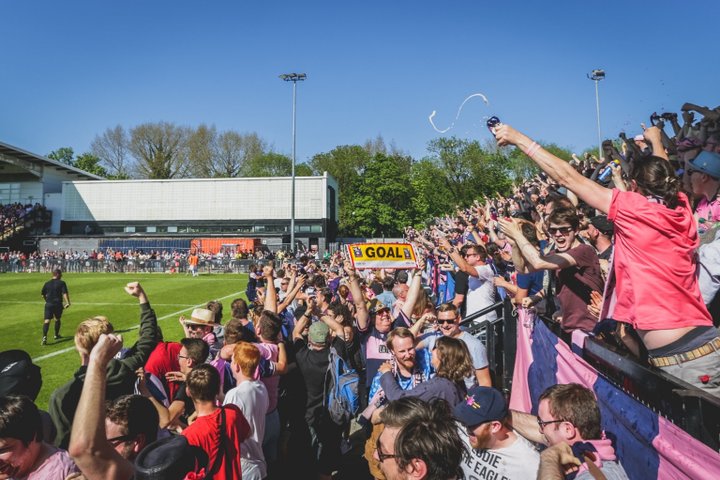 Gavin Rose has teased that Dulwich Hamlet’s transfer business is far from done.

Promoted via the Bostik League play-offs back in May after many attempts, the manager says the reality of being a National League club is now dawning.

He knows Dulwich are up for the challenge - and his players deserve the chance having taken them up.

Rose has today signed his second player of the summer in Ebbsfleet United winger Anthony Cook.

The long serving boss says he is not done there and is already counting down the days until the National League South gets underway.

He told us: “We haven’t brought too many in so far this summer.

“We want to keep this group together for a third season. They took us up and deserve the opportunity.

“We were always going to add players. It’s two so far now we have signed Anthony Cook and there will hopefully be three more.

“We are looking for one or two defenders and also a striker. There may be some progress in the next ten days but there’s no hurry. We are happy with where we are at.”

“He’s a wonderful player,” the manager said. “We are lucky to have him and I’m delighted we have managed to get the deal done.

“The fans will enjoy watching Cookie play and I think he will add real quality to our squad.”

 Burns Looks To Light Up Darlington After Signing For Quakers Jonny Burn says joining ‘big team’ Darlington feels like a homecoming and hopes the club can push for promotion to the National League and beyond.

York Watch On As Former Star Godfrey Is Linked With Big Moves  York City are watching with interest as one of the club’s former players is the subject of transfer speculation.