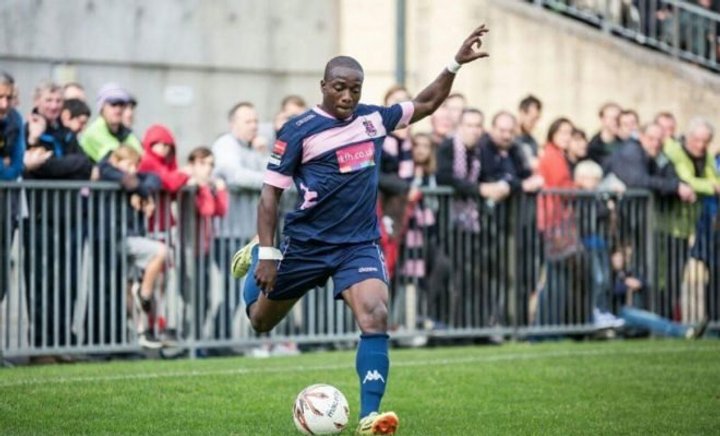 Born in Uganda, Sekajja attended school in Croydon where he was first noticed by a scout from Crystal Palace playing in a school match.

During the 2011/12 he spent short spells on loan at both Kettering Town and Bromley in order to gain first-team experience.

The following season he signed on loan for MK Dons, but despite glowing endorsement from Dons manager Karl Robinson, he made just one appearance.

In January 2013, Sekajja joined Barnet on a one-month loan and made a winning start to his Bees` career.

At the end of his loan at Barnet, Sekajja returned to Crystal Palace but failed to feature again in the first-team. He was eventually released by the club in May 2014.

He left Inverness in January 2015, at the end of his short-term contract, joining Scottish Championship club Livingston, where he made eleven appearances scoring twice.

During the early part of the 2014/15 season Sekajja signed for Braintree Town, then in the National League, but made just a handful of appearances before moving to Hemel Hempstead Town in late February 2015.

Sekajja, who has been capped by England at under-16 level, joined Dulwich Hamlet in October 2016 and made fifty-one appearances last season, scoring 17 goals.