Relief! Eastbourne Chalk Up First Win Of The Year 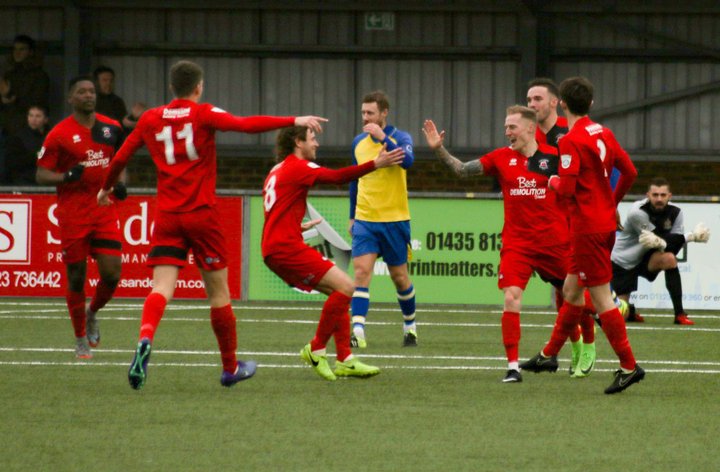 Relief was the overriding feeling for Eastbourne Borough boss Jamie Howell on Saturday after his side won for the first time in 2018.

The Sports had gone five games without victory - with four of those matches ending in defeat - before Saturday’s 4-1 success at home against Hungerford Town.

It was a crucial three points for Eastbourne and they are now six clear of the relegation zone following a tough run of results.

Howell says there is plenty of work still to be done at Priory Lane and is now targeting an unbeaten run in the competitive National League South.

He told BBC Sussex Sport: “It feels great. Relief is probably the biggest word I would use!

“I would have taken a scrappy 1-0 victory at any cost but I thought we played really well and some of the football was very good.

“Hopefully we can go on from this and put a run of results together because that would give the lads the confidence to play like they did on Saturday.

“I won’t be getting too carried away because there’s still a lot of work to be done here. I’m really pleased for the players and supporters - it’s a good day for everybody at the club.”

It's A Joint Effort: Your Team Of The Weekend Confirmed  Always looking for a solution to every little issue, we’ve managed to find one with the Team of the Weekend.