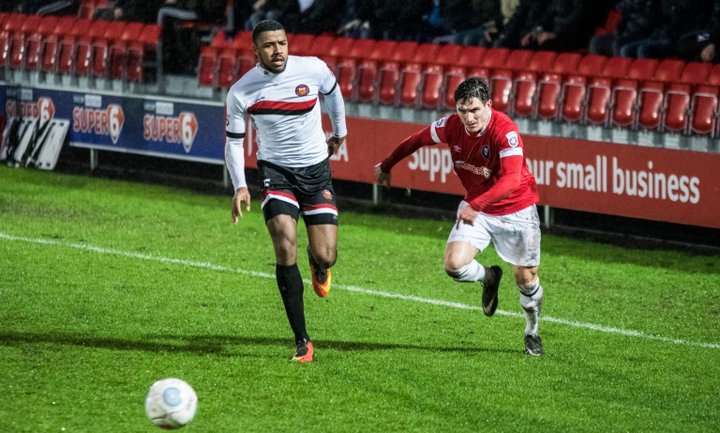 Tom Greaves attributed FC United’s show of strength in the past few months to the players’ unity.

The player boss lavished praise on his squad after an excellent 3-3 draw with leaders Salford City.

Greaves says their National League North improvement is down to the united front following a turbulent 2017.

It’s was a year which saw the club struggle on the pitch and off it came the end to Karl Marginson’s 12 years in charge.

But the New Year promises big things for the Red Rebels and if their showing at Salford is anything to go by, the fans have reason to be optimistic.

Greaves said: “No one expected us to get a point in the last five games and to come through these games unbeaten is a credit to the lads wearing the shirt.

“Each and every one of them are working their socks off for each other and it’s a joy to see.

“Of course there is still a long way to go as every game is going to be a fight but we’ve shown we can compete in this league,” he posted.

“We will give everything we’ve got to stay in it. I would like to thank all the travelling fans yet again the noise levels were again something else.”

Next up for FC United is this Sunday’s home match with Kevin Davies’ Southport.

 WATCH NOW! Highlights From Monday's National League Games The Vanarama National League season 2017-18 reached had a full programme of fixtures across our three divisions - and you can catch the best of the action right now.

Wrexham Finally In The Goals But Keates Left Disappointed  Dean Keates admitted Wrexham’s home draw with Barrow was a “blow”, despite the Dragons finally hitting the goal trail.