Red Rebel Loan Star King Off On The Road - For Real This Time! 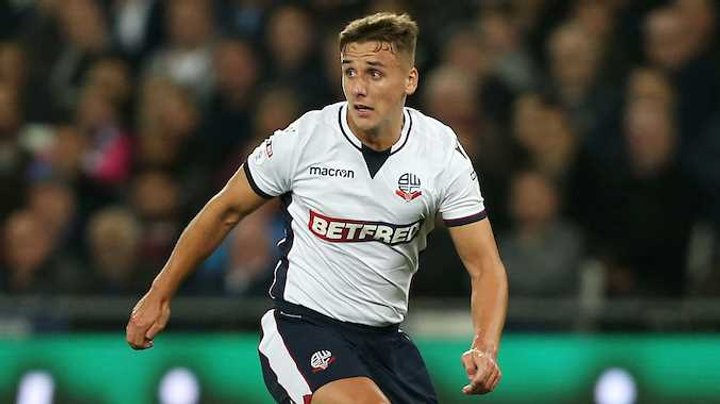 He performed an unforgettable curtain call following his encore on Saturday, but this time Jeff King has taken his FC United of Manchester bow. For the moment, at least.

But he had a development for Red Rebels fans on social media the day before the match.

Announcing on twitter that there was ‘bad news...you’ve got me back for one more game’ he certainly gave them something to remember.

He fired in three goals in the 4-0 win and told us that every minute he had on the pitch was fantastic for his development.

Now back at Bolton, the 22-year-old hopes to play a part in their Championship campaign and he said: “It’s been brilliant.

“To score three on my last game was fantastic, a really great feeling. I’ve loved seeing my free-kick back on twitter - I’ve always fancied myself on set pieces, in fact all three goals game from them.

“Everyone thought my last game was on Tuesday but I managed one more! I was glad I did as it was my best game of the lot.

“I have learned so much and I have got to say what a great club FC United of Manchester are. They’ve got a massive future.

“It was great that they allowed me to play for them and I think they will have a really strong end to the season.”

United player-boss Tom Greaves says the former Altrincham, Prescot and Trafford player has a lot to offer the pro game.

“What a way to sign off!” he tweeted. “Remember the name. He and the lads were different class.”

FC United’s next match is away to Leamington this weekend.

 Mark Bower Says Avenue's Win Was One Of Their Best Bradford Park Avenue boss Mark Bower says his side defeating AFC Telford United 2-1 was one of his most pleasing victories of the season.