Rebels Joint Boss Baker To Take A Break From Football 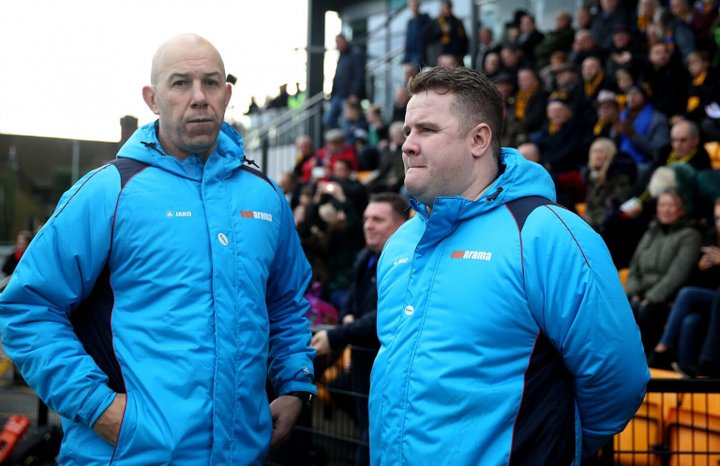 Neil Baker has announced he will take a backseat from his Slough Town duties for at least six weeks as he focuses on an off-the-pitch battle.

The Rebels joint boss has confirmed he will be missing from the dug-out for a period and Jon Underwood will take sole charge.

Baker passed 500 matches at the helm last November and is one of the division’s longest serving managers.

But he will be focusing his time and attention on supporting his father as he undergoes chemotherapy treatment, Slough have said.

Baker told fans on the club’s website: “Further to the recent news regarding the ever increasing COVID-19 levels and the concern with where this pandemic is going, I have today in consultation with Unders and the club decided to take a break from football until at least the end of January.

“Some people will know that my father is currently having chemotherapy for an incurable cancer, and whilst living on his own in Fakenham, Norfolk I have been back and forth as his support bubble trying to help him get through the treatment (which will continue until the end of January).

“As such he is classed as extremely vulnerable, and whilst I have been trying my utmost to socially distance, it is almost impossible to do so because of the very nature of football and the environment that we are put in.

“With the latest news, I don’t feel that I can continue to justify the extra risks I am putting on him.

“I have to stress that I am not walking away from the club or Unders, and I intend to be back as and when it is safe to do so, however at this current time where there are so many unknowns I need to concentrate on my father. Whilst football has always been a massive part of my life, some things are more important.”

 The FA Trophy Fourth Round Draw Has Been Made Following a bumper weekend of FA Trophy action, National League clubs have learned their fate in the round of 32.