Rebels Boss Tom Always Knew His Side Would Survive 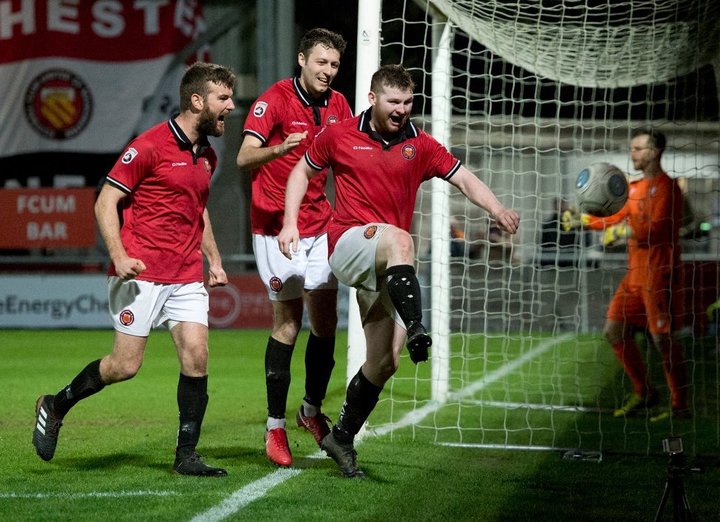 FC United player-manager Tom Greaves is proud of the way his players won their battle against relegation.

On another classic Manchester evening under the Broadhurst Park lights, the former Football League Minstermen were beaten 1-0 - enough to secure United’s status for 2018/19.

It competed a great recovery with the team is real trouble when Greaves took on the job of turning things around whilst still playing.

He spoke of his pride and praised winning goalscorer Connor McCarthy Who is currently battling off-the-field issues.

“It was a great feeling to wake up safe from the drop zone with a few games to spare,” said Greaves.

“Never once have I once doubted this group of players, the togetherness they have shown through some tough times after coming under a lot of criticism has been brilliant.

“They have been unbelievable and I can’t thank them all enough for their efforts on and off the pitch.

“We have some great talent in the squad so credit to Margy (former manager Karl Marginson) and his team for bringing in the majority of these players.

“I am absolutely made up for Connor McCarthy getting his goal, this lads is going through a lot at the moment and to keep focused and battling away is huge credit to the lad’s character.

“Well done to the boys. I am massively proud of each and everyone of them.”