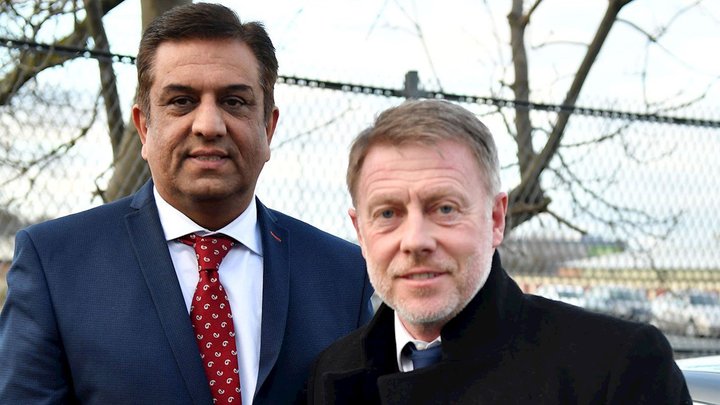 Hartlepool United have announced that Raj Singh has now formally completed his takeover over of the Vanarama National League club.

Singh, along with the club’s Honorary President Jeff Stelling, has been in talks with the previous owners over the last three months and a deal to take the reins was agreed at the beginning of April.

The Football Association and the National League have now given the green light for the takeover to go through and Singh has been installed as the club’s new chairman with immediate effect.

As previously confirmed, the change in regime also sees former Pools boss Craig Hignett return to Victoria Park in the role of director of football.

“I am extremely proud to become the chairman of a club with such a rich history and a passionate and loyal fanbase,” Singh told the club`s official website in an official statement. “We know that this is the first time that this club has been outside of the Football League and, first and foremost, our target must be to get back there as soon as possible.

“I am pleased that the efforts over the last three months have brought this together, but I know that the real hard work starts now.

“We’re already looking at making the appointment of a new manager and we met with Matthew Bates earlier on Friday to discuss it with him.

“It was only fair that we did that to allow Matthew to put his case forward on the back of the results achieved in recent weeks to secure our place in the National League.

“We will be talking to other people about the vacancy as well because we have to make sure we get the right man for the job and let him get on with it as soon as possible.

“The club can’t afford to be left behind in terms of player recruitment or preparations for the new season, so we have to act swiftly and decisively on that appointment.

“I would like to thank all fans for their support and encourage you to keep right behind the team and the club as we look to move forward with purpose and ambition”.

Blame Me Says Killick As Poole Chase Great Escape In NL South  Tom Killick says he is at fault for Poole Town’s poor season as they look to pull off a great escape in the National League South.