Quinton To Make His Iron Squad Work For Play-Off Spot 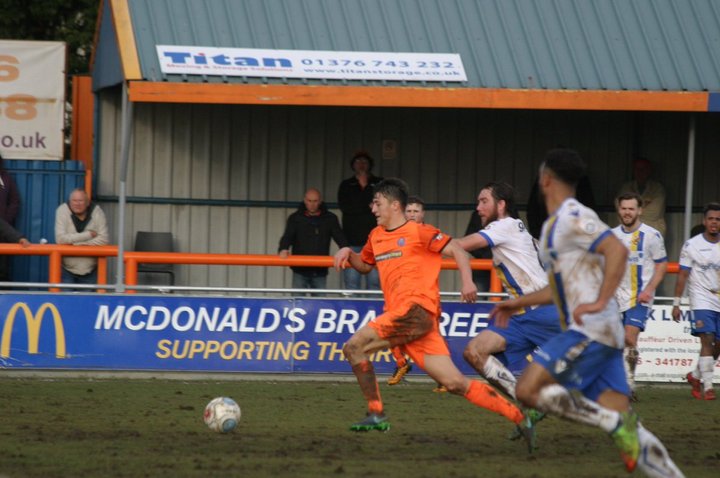 Brad Quinton says he will be working his Braintree Town squad even harder as they look to secure a National League South play-off place.

The Iron are in the midst of a difficult run having won just once in their last eight League fixtures.

They are still sitting in the final play-off place, however, and are coming off four points in two games against Poole and Wealdstone.

Quinton’s been pushing his young squad ahead of Saturday’s home game against Whitehawk with the margins getting finer and finer each week.

“It’s roll your sleeves up time,” the boss told the Daily Gazette. “Training has been very hard on these guys and it will get even harder.

“We have gone so far in such a short space of time, but I’m the type of person who won’t think ‘I’m just going to have a rest for now’.

“I want to improve every single week and that’s what I’m here to do. It’s a good learning curve for me as a manager.

“I always want to encourage the boys to work hard and hit their peak and all I can do is keep striving and working hard for these young boys.”

 Balanta Becomes The Latest Player To Commit To Wood Boreham Wood have announced that Angelo Balanta has become the latest to put pen-to-paper on one-year contract extension, with the option of a second.

Brennan Wants His Tudors Buoyant At Title Chasing Darts  Dean Brennan says his players will take the game to Dartford this weekend - because no-one is taking a play-off place for granted.