Quick Starter Jarvis Ready To Put Down Roots At Woking 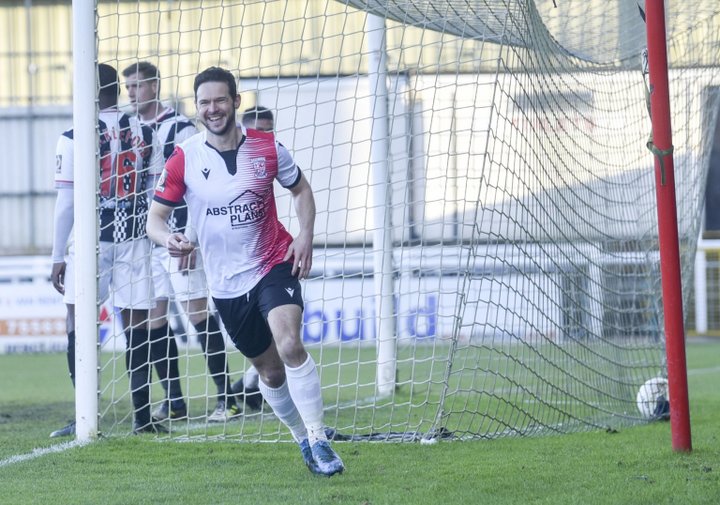 He may have scored with his first touch for his new club but don’t expect Matt Jarvis to be here today and gone tomorrow.

Woking surprised everyone when the announced the former England and West Ham star had put pen to paper.

He climbed off the bench to inspire his new club to three points as the Cards beat Maidenhead 2-0.

It took him no time to get off the mark and Dowson had a message for those thinking Jarvis, 33, is there for a fun final eight weeks of the season.

“We planned in the week what we were going to do, it didn’t matter what the score was,” Dowson told the club’s video service.

“We were going to bring both Matty and Jake Hyde off the bench and thankfully it worked this week.

“Matt gave everyone a lift and to score with his first touch was fantastic really.

“He knows all about Woking Football Club, he knows what we’re all about and we’re looking to score more goals. I’m sure he is going to help.

“He will be here for a long time and hopefully he can help us achieve our ambitions.”

Dowson confesses he didn’t think he would be seeing his new signing at all on Saturday.

“I didn’t think the game would be on,” the former Hampton manager said.

“When I woke up I didn’t think there was any chance but full credit to the ground staff for that.

“They were down here forking it at 7.30 in the morning - I think it was the only game on grass on in Surrey which shows a good job was done.

“Our pitch has been great this season and our form is good too.”

 A Big Night Ahead Across The National League The run-in is edging closer and teams at both ends of the three National League tables will be effected by results from a crucial night of action.

The Draw For The FA Trophy Semi-Finals Has Been Made  Wembley Stadium is coming into focus for the remaining three National League clubs after the draw for the semi-finals was made this afternoon.