Quakers Make Richards The Second Signing Of The Day 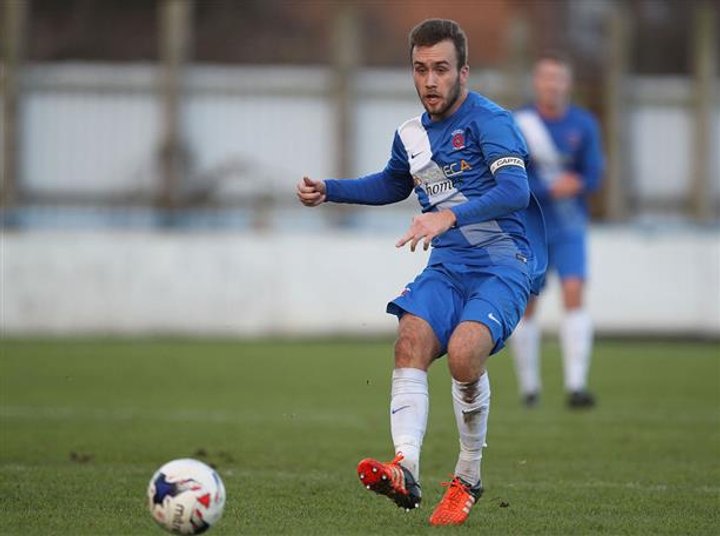 Darlington FC have made their second Friday signing after striker Scott Fenwick`s arrival from York City, with defender Jordan Richards joining the Quakers.

Richards (pictured), who is 24, started playing in the youth team at Hartlepool United when he was 10 years old, and signed a professional contract in the summer of 2011.

He went on to make sixty-seven appearances for Hartlepool in the Football League between 2011 and 2017, and in February 2017 joined National League North side Alfreton Town on loan, playing against the Quakers in March.

Meanwhile, the club have announced the departure of goalkeeper Peter Jameson after cancelling his contract by mutual agreement.

Jameson has been a terrific servant for the club, winning two promotions from the Evo-Stik North and the Evo-Stik Premier.

He joined from Sunderland RCA in the summer of 2013, and made eleven appearances in the club`s first Evo-Stik League season, and the following season he made forty-three league and six cup appearances, missing out on the play-off final because of his red card against Lancaster City.

He didn’t miss a league game in season 2015/16 when the Quakers won the Evo-Stik Premier, and last season he made twenty-two league appearances.

In all, he made 119 league appearances and a dozen in cup competitions.

In the meantime, keeper Ed Wilczynski has re-registered for the club.

 Devonshire Knows Magpies Are Flying Into The Unknown Alan Devonshire accepts Maidenhead United don’t know what’s around the corner this season but they are going to have a great time finding out.