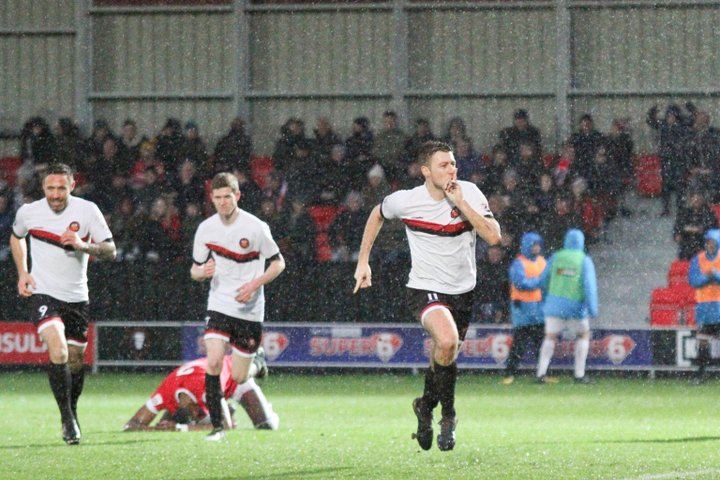 Tom Greaves has revealed the reason behind FC United of Manchester’s first away win in just over seven months - an extra half an hour in bed!

The ten-man Reds won 2-0 at fellow strugglers Tamworth on Saturday thanks to late goals from Craig Lindfield and Gerard Garner after Matty Hughes had seen red.

It was FC United’s first victory on the road since the 2-0 success at York City back on August 28th - one that moved them six points clear of the bottom three.

And the player-boss told us about how the club have started doing things differently to try and turn their poor away form around.

“We’ve tried to mix things up a bit,” Greaves said. “We’ve started setting out a bit later and giving the lads an extra half an hour in bed and getting them food on the bus so we know they’re eating the right kind of stuff.

“We’re trying to put things in place to improve on the road and it’s worked. Tamworth were probably the better team throughout, we rode our luck a little bit but we defended really well.

“We got a little bit of luck but when you’re down there you need it. It was a typical relegation battle. I feel a little bit sorry for Tamworth but we don’t have time for that, we’ve got to focus on ourselves and it’s a massive win for us.

“That away win has been a long time coming. We’ve done really well with ten men and it sets us up nicely for next week. It’s not job done but it’s a big three points.”

 Game Off In London, But There's A Big One On In Manchester There has been a casualty in this evening’s only National League South match - but it look like game on in the big game in the North.

It's A Team Game For Town As Fullarton Applauds Squad  FC Halifax Town moved a big step closer to safety after defeating another side going for promotion at The Shay.