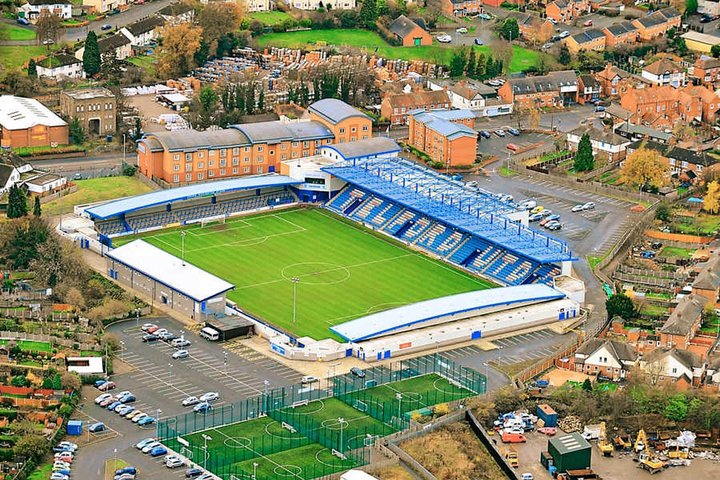 AFC Telford United have dismissed speculation that the club are quite ready to go full-time.

The Bucks do say, however, that they are confident a “change of culture” will improve their fortunes next season.

They don’t include full-time football yet - but he is confident of a better season after a great end to last term.

“It has been very evident over the past 3-4 seasons that the club has found it very difficult financially in an ever more competitive league,” he said.

“There has been a lot of talk about the club becoming full-time, but at our current level of income and investment this is not possible.

“With that said for the 2018-19 season the team will be part time and will be in intensive training on Tuesday and Thursday evenings, in addition to this the team will also train on a Monday morning which gives Gavin and his management team valuable extra time to work with his new squad.”

He added: “Off the field we will continue to look carefully at all aspects of the club to ensure we build a club fit for the future, set on the foundations of stability, continuity, good solid structure and most importantly a club which is sustainable, not just for now but long into the future.

“For a couple of years now the club has needed a change of culture and a reimagining of its vision for the future. But it now needs more than ever more local support both in terms of financial support and through an upturn in the numbers of people getting involved to help the club with time and skills.

“There are still models at our level and slightly above (Accrington and Macclesfield spring to mind) which show that clubs structured correctly from top to bottom, and clubs which operate efficiently can still succeed. As a fan I know that success on the field is imperative, but we have to consider that success cannot be pursued at any cost, particularly at any long term detrimental cost to the club.”

Collier Knows His Bluebirds Can Push On Even Further  Mark Collier believes Chippenham Town can take the next step in 2018-19.