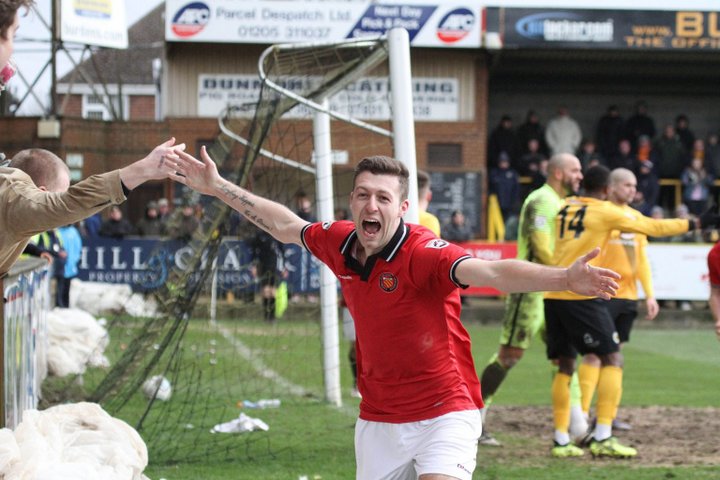 Tom Greaves’ FC United of Manchester picked up a huge win on Tuesday night but the player-boss reckons it won’t take any pressure off their remaining fixtures.

Greaves thought his side should have won by a bigger margin but the points have ensured there is still breathing room between FC United and the relegation zone.

“Three points were the main thing,” Greaves told FCUM Radio. “But it doesn’t take any pressure off us - we’ve still got seven hard games to go.

“We played some really good attacking stuff in the first half but we took our foot off the gas in the second, it looked like the nerves kicked in.

“We’ve got to learn how to go and kill teams off but we’ve got to take the positives - we’ve scored a good goal and got the win."

“Every game until the end of the season is going to be difficult now,” the player-boss added.

“I was happy with the work rate and attitude and if we can take that into Saturday we’ll be all right.”