Positive Bucks Are Nearing Safety After Vital Away Victory 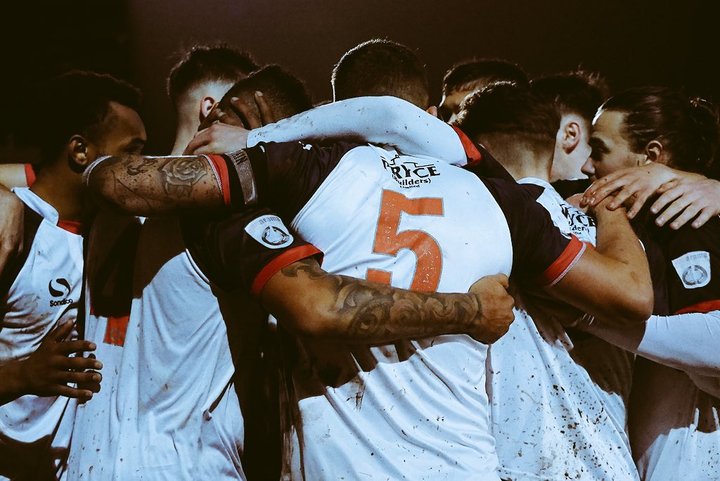 Marcus Dinanga’s first-half goal was enough for the Bucks as Blyth’s struggles continued with a seventh straight defeat.

Telford are now four points clear of the bottom three and know they could confirm their National League North status on Saturday against third-bottom Gainsborough Trinity.

It has been an inconsistent campaign for the Bucks but Edwards was pleased to see that his side’s attacking intent led to victory.

"We wanted to come here and really have a go, and it came off,” Edwards told the Shropshire Star.

“It was a game where we felt we could attack, and win. I feel great. It’s one of the best feelings we’ve had all season.

"I said to the lads 'this isn’t a must win, but of the four games we have left we have to win one of them’.

"The job isn’t done, we can’t rest on our laurels, but we know we can put it to bed on Saturday.”

 Something For The Weekend: National League South It’s crunch time. There are no other words for it.

Coasters Get A Boost In Their Bid For The Play-Offs  AFC Fylde are leaving no stone unturned in their bid to get themselves into the National League play-offs.