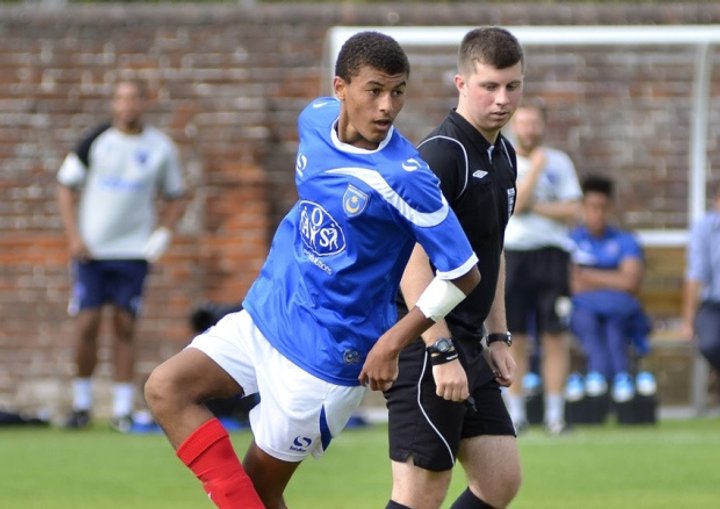 Jez Bedford and Christian Oxlade-Chamberlain have signed for one month on loan from Portsmouth to bolster the Poole Town squad to face Weston-super-Mare in the Vanarama National League South opener later today.

With injury to Luke Roberts, manager Tommy Killick felt he needed a little bit of experience to enhance the squad for the start of the 2017/18 season.

Oxlade-Chamberlain (pictured), 19, and the brother of Arsenal and England`s Alex, has yet to appear for Pompey first-team, but has had loan spells with Wimborne Town and Salisbury FC in the Evo-Stik South West and Eastbourne Borough in the National League South.

He featured in the FA Youth Cup last season, as well as playing a part in the reserves' much-lauded Premier League Cup run as they overcame all the odds to reach the semi-final stage.

With the support from Kenny Jackett at Pompey, both Bedford and Oxlade-Chamberlain will add a little to Poole’s start to their second season in this league.

It will also allow some of the evolving youngsters a little more time to adjust to life within the first-team.