Port Pounce To Get Phenix On Board For The New Season 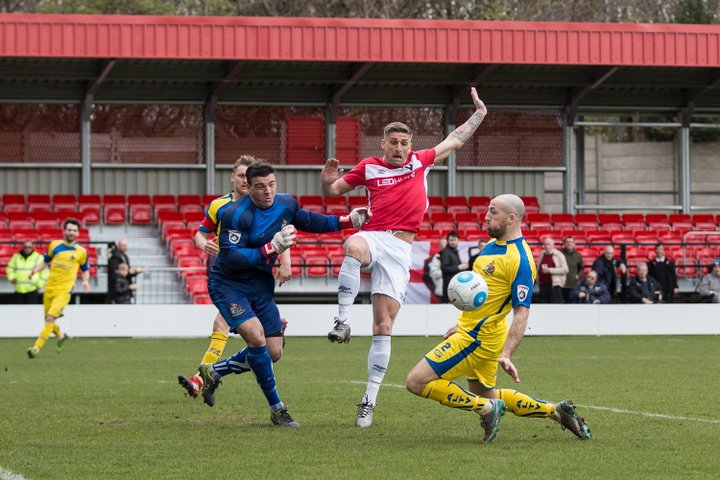 Southport manager Liam Watson has welcomed his fifth new signing as he looks to get the Sandgrounders back up to the Vanarama National League, writes Aidan Jones.

Salford City's Mike Phenix has joined the club for an undisclosed fee, and has signed a two-year deal at the Merseyrail Community Stadium.

The 28-year old is not a stranger to the surroundings at the Merseyside side after playing for the club in 2015 scoring eight times in 23 appearances.

Watson believes that Phenix will be an integral part in the promotion challenge, with him knowing how to be a champion.

The former Burscough manager is also looking forward to being reunited with the striker after being together at AFC Telford.

“Mike is a strong, powerful direct player who knows how to win this league,” he told the official club website.

“He is an excellent addition to the club and squad and I am looking forward to working with him again.”

Phenix knows that there is still a job from him to be done at Southport, and showed his delight in returning to the club.

The former Barnsley man knows what football is like under Watson’s management, after playing for him at AFC Telford in 2013.

“I’m delighted to be back at Southport, I feel that I have unfinished business from my last spell here.” he said.

“The club is very ambitious and I’m looking forward to working with Liam again.

“I was part of the Salford team that won this division last season and my ambition is to help Southport do the same this coming season. I can’t wait to get started.”

 Strike Force! Hawks Happy As Kabamba Comes On Board Lee Bradbury thinks Havant & Waterlooville now have a forwardline to be reckoned with after this morning announcing the signing of Nicke Kabamba.

Back To The Future! Bradford PA Have Big News For Fans  Bradford PA have given their name - and their club crest - a summer touch-up as “they go back to go forward”.