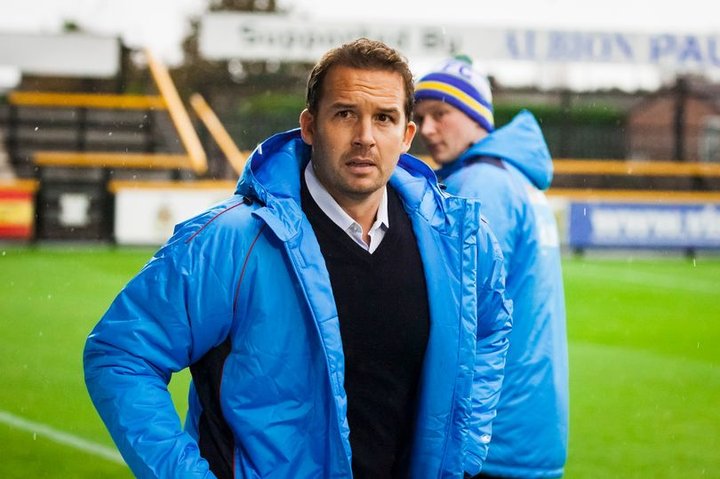 The manager has helped the club stabilise after joining in October but his time has come to an end.

A club statement confirmed the change at the helm.

The Bolton Wanderers legend was taking his first steps into management and had appeared to do well, taking the Sandgrounders to a 15th place finish.

But Southport say they "require somebody with extensive experience of both the level and also winning leagues".

A statement detailed the move and also suggests than Davies' replacement may not be far away from being named, and the club hope to have a new manager inside a fortnight.

Director Phil Hodgkinson said: “On behalf of the Board I would like to thank Kevin for his effort and hard work over the last 31 games since he took charge. Kevin has put his heart and soul into the job and an unbelievable amount of time effort and commitment day in, day out, his work-rate and desire is to be admired, and nobody can question his endeavour.

“Kevin joined the club at a very difficult time, inheriting a disjointed squad on a run of heavy defeats, and a dressing room which was far from together.

“Undertaking a mid-season overhaul of that squad was a difficult task, however, following a long run of games without a win, and with the addition of First Team Coach Jon McCarthy, results started to improve at the turn of the year, with the club briefly flirting with the play-offs.

“The Board has made no secret of our ambitions for the Football Club, and those include a quick return to the National League. To do that we need to compete with the teams at the top end of the table.

“As custodians of the Football Club, we sometimes have to make tough decisions. We feel that to achieve our ambitions for the Club, we require somebody with extensive experience of both the level and also winning leagues.

“We wish Kevin all the very best for the future and have no doubt that he will be a tremendous success as a Manager. However at this time, it has become clear to the Board that this Football Club requires an experienced head to take us up the leagues.

“The Board are not inviting applications for the post, and it will not be advertised, we have identified a shortlist of targets with the requisite credentials we believe are required to take the Football Club forward, and we will be contacting those individuals (and their current clubs where appropriate) directly regarding the position.”

 Quinton Calls For Braintree To Enjoy Play-Off Occasion Braintree Town boss Brad Quinton says they can be proud of their achievement as they get ready for the play-offs.