Pompey Chimes For Louis As Ace Dennis Gets His Big Move 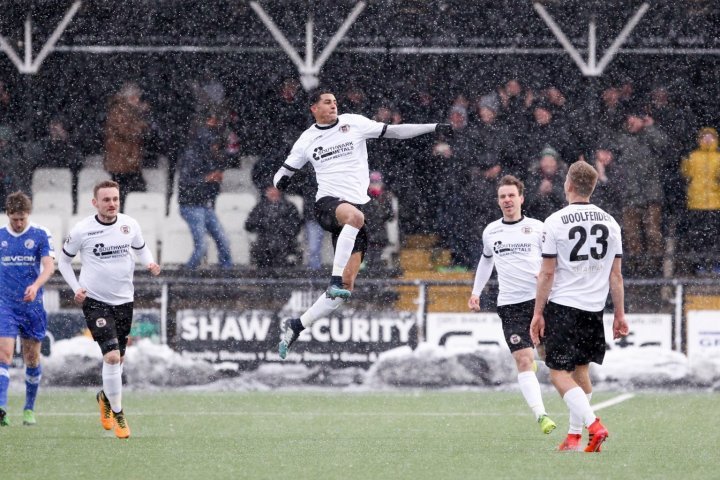 Another National League player has been snapped up by an EFL club as Louis Dennis secured a big move.

Portsmouth have signed the Bromley attacker following his great form for Neil Smith’s side.

Pompey have an impressive track record of signing players from the division. In 2017, they took Hampton & RB duo Jamal Lowe and Nicke Kabamba, and also gave a chance to Dagenham striker Oliver Hawkins.

Dennis is the latest player to be handed a deal by the League One club.

Manager Kenny Jackett is delighted to do a deal for the 25-year-old, who has earned rave reviews.

“He’s an exciting player with a lot of talent and someone we’ve been watching for quite some time,” he told the club’s website.

“He was named in the National League Team of the Season and we’re pleased to be able to sign him for Pompey.

“It’s a big opportunity for him, but he has the ability to create and score goals, which is what we’re looking for.

“He’s worked hard for his opportunity and we feel that as a person, he’s mature enough to go on and take it.”

It’s Yet Another Honour For Macc Manager Askey  Their Vanarama National League title triumph against the odds was the story of the season.