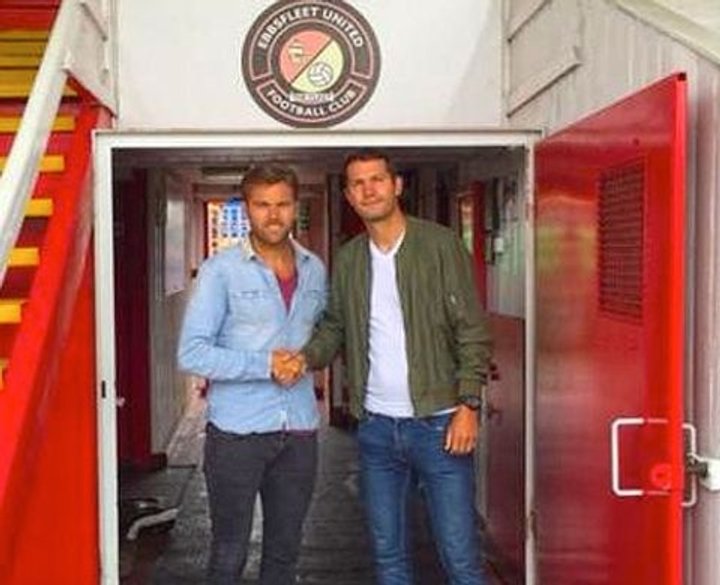 Vanarama National League South club Ebbsfleet United have added further experience to the back line with the capture of Mark Phillips from National League side Braintree Town.

The former Millwall central defender has more than 230 Football League appearances to his name and was offered a new deal by National League play-off semi-finalists Braintree, but moves to Stonebridge Road for the forthcoming season instead.

Phillips began his career at Millwall after progressing through the club’s youth ranks where he played in the old First Division before moving to Brentford in 2008.

In his first season at Griffin Park he was a mainstay of the side that won the League Two title.

In 2010 he was off to Southend United where he stayed for four years, winning player of the year in 2011/12 and getting a fair share of goals from set pieces.

Having also played for AFC Wimbledon and Aldershot Town, Dons manager Neil Ardley said of the 6`2” Phillips that he was “aggressive in both boxes, gung-ho and puts his body on the line”.

A defender with real leadership quality, he signed for Braintree last summer and was an almost permanent fixture in a back four that conceded the second fewest goals in the National League last season.

He is Daryl McMahon’s third new signing of the summer with the Fleet boss continuing his pursuit of a number of new targets.

No Transfer Window in National League  There are a number of changes this coming season which alters the way....