Owers' Romans Are On The Right Road Now 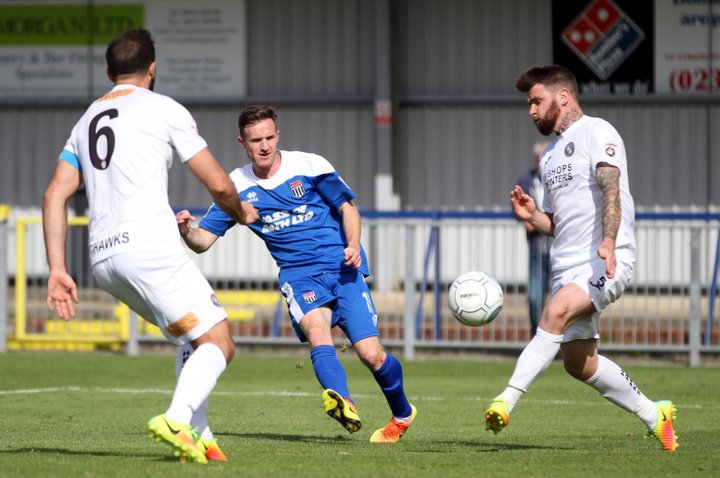 Bath City are improving all the time according to their manager Gary Owers as fans hopes their team has turned a corner.

But one thing he does want to see his side get better at is not letting in goals when they are not under the cosh. Watch Match Highlights Here.

Bath are on the board after a productive week that has seen them win 2-1 against Truro City on Tuesday and then on Saturday at Havant and Waterlooville by the same scoreline.

It's all change after a rocky first three matches which the Romans lost while letting in ten goals.

Owers is happier with what he is seeing and says his side are "settling down" after a difficult first trio of matches which heralded defeats to Bognor Regis, Chippenham and Chelmsford City.

Now he wants his players to fine tune performances and continue to move up the Vanarama National League South table.

Bath have a week without a match before they face a Bank Holiday double header as they take on Poole Town at Twerton Park and then Gloucester City.

Back to back 2-1 wins has the manager in an upbeat mood.

Owers said: "We are certainly in a better place now and that's down to two hard working performances.

"It was a challenging start but we hope now that we have turned a corner with things.

"As I said after the game the one thing we need to get better on is teams scoring goals with their first go at us.

"Teams need to work harder to be scoring past us, not just with their first or second attempt. But overall there have been some very good performances of late."

He added: "We have reacted well to a few poor early season results and I think we are on the right path."

 'Tired' Darlington's Unbeaten Run Ends Martin Gray reckoned his Darlington side looked tired as their unbeaten start to the Vanarama National League North came to an end on Saturday.

Lewer: Good Run Down To Workrate  Alan Lewer praised the way his Southport side have played after they made it five games unbeaten to start their season.