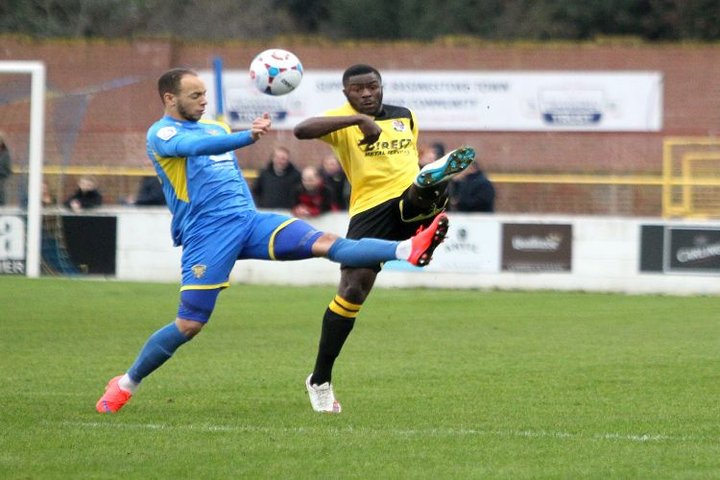 Dartford have confirmed the signing of 21-year-old defender Mark Onyemah.

Onyemah re-joins the Darts having spent the 2015/16 season at Princes Park on loan from Sky Bet League Two side Luton Town.

After leaving the Hatters he spent last season with the Darts` league rivals Concord Rangers and then Thurrock, where he played a part in their Isthmian League Division One North play-off winning campaign.

Dartford manager Tony Burman said: “I am delighted to have brought Mark back to sign for us on a permanent basis. He obviously fills the void for the left-back position.

“Mark is a physical, young 21-year-old who I feel is an excellent prospect and will have a chance here to show his true potential. I am looking forward to the challenge of making him a better player”.

Thompson Delighted After Joining The Lions  Striker Reece Thompson says the ambitions of the club made it an easy decision to join Guiseley AFC.