On This Day: Action From The Archives (March 23rd) 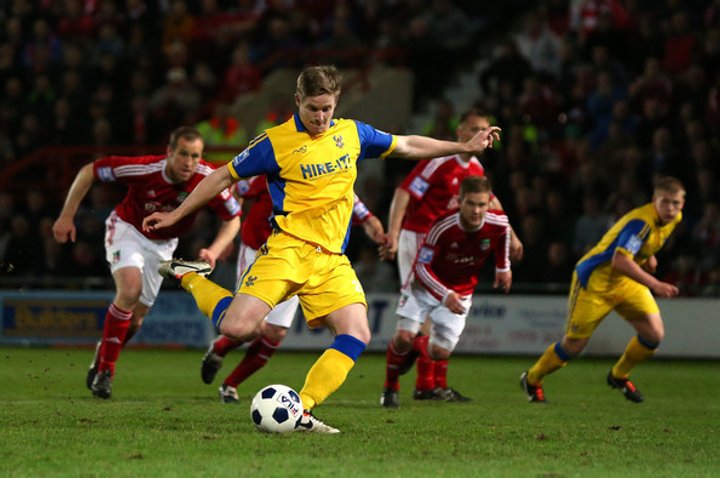 It finally looks like the rest of the National League season will be able to go ahead uninterrupted with the weather slowly improving.

As we prepare for another crucial weekend across our three divisions, we’ve decided to take a stroll down memory lane.

We’ve gone back to March 23rd, 2013 and guess what - an arctic blast played havoc with the fixture programme!

Only six Premier games were played due to snow and ice and Kidderminster Harriers took full advantage to go three points clear at the top.

Michael Gash, Anthony Malbon and Ryan Rowe were on target as Harriers won 3-1 at Southport.

The Exiles were beaten 1-0 at Stockport County thanks to an own goal from Lee Minshull. The result gave Hatters boss Ian Bogie a win in his first game in charge.

There was better news for Lincoln City, however, as they fought back to beat bottom club AFC Telford United and climb out of the bottom four.

Jamie Taylor’s late double secured the points for the Imps and made it 27 games without victory for Telford.

Louis Almond was on hand to score a vital winner for Hyde as they won 2-1 at Hereford United to give their survival hopes a big boost.

Dartford also tasted victory, winger Ryan Hayes netting twice in the 3-0 win over Gateshead that pushed the Darts up to mid-table.

Elsewhere, Luton Town’s faint play-off hopes were all but ended after a disappointing goalless draw against battling Tamworth.

In the North, Altrincham climbed into the play-off places after beating Worcester City - their fifth straight win. In the other game, Alex Davidson scored a hat-trick for Bradford Park Avenue as they swept Boston United aside.

Welling United were the only winners in the South as they extended their lead at the top to nine points with Ross Lafayette netting twice at Truro City. Bath City and Basingstoke Town played out a 1-1 draw at Twerton Park.

 Flanagan Says His Curzon Side Need To Be More Clinical Curzon Ashton boss John Flanagan says his team have let some results pass them by.

York City Ready For New Ownership With McGill Set To Sell Up  York City chairman Jason McGill has this afternoon released a statement confirming the club are up for sale.