On this Day: Action From The Archives (March 20th) 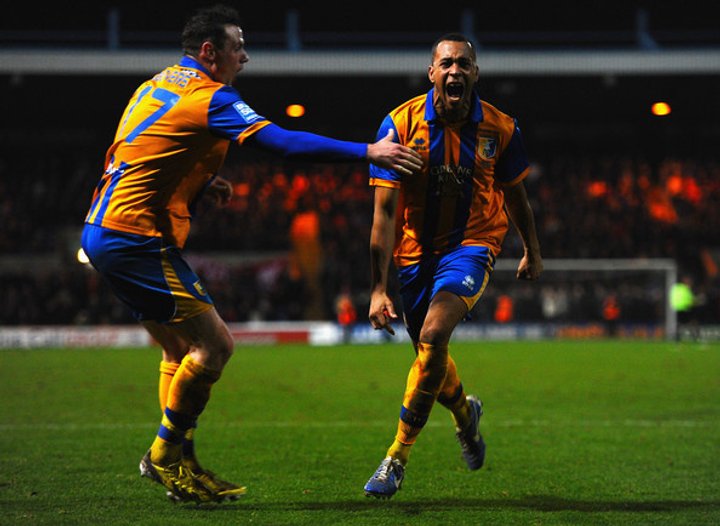 As we gear up for another important Tuesday night of action across our three divisions, we take a stroll down memory lane to look at what happened on this day.

This season has been full of drama in the National League and looking back, 2011/12 was very similar.

Fleetwood Town, led by Jamie Vardy, would go on to win the title but Wrexham and Mansfield pushed them all the way.

The latter were the big winners back on March 20th, 2012 - let’s take a closer look at what happened…

Mansfield extended their unbeaten run to eight games with a big derby win over Alfreton Town in a nine-goal thriller.

Jake Moult and then Nathan Jarman had put Alfreton ahead twice but Mansfield powered back with Matt Green grabbing a double. Eventually, the Stags ran out 6-3 winners in an entertaining encounter.

Ten-man Grimsby Town kept up their play-off hopes with a 2-1 win at Hayes & Yeading. Rob Duffy and Shaun Pearson got the goals for the Mariners before Anthony Church saw red.

Gateshead also kept the pressure on the top five as Jon Shaw’s headed goal gave the Heed a 1-0 win over Bath City.

At the bottom end of the table, Newport County climbed two points clear of trouble thanks to Andy Sandell’s late penalty at Cambridge United. It gave them a share of the spoils in a 1-1 draw.

Kettering Town gave their slim survival hopes a boost with a 2-1 win over AFC Telford United with Charlie Wyke and Ben Joyce on the scoresheet for the Poppies.

And keeper Tony Breeden was the start of the show for Kidderminster Harriers as they earned a point at Tamworth.

In the North, Guiseley - who would go on to finish second - beat Harrogate Town whilst Droylsden overcame Corby Town by the same scoreline.

South champions Woking won well on the road whilst Dartford, promoted through the play-offs at the end of the season, thrashed Sutton United.

 The Chase Is On! It's Make Or Break For County This Week Jim Gannon knows it’s ‘a massive week’ for his Stockport County side as they look to break into the National League North play-offs.

BT Cameras Roll! More Live TV Games Announced  If you can’t wait for the explosion of live BT Sport matches about to come your way, then we have some rather exciting news!