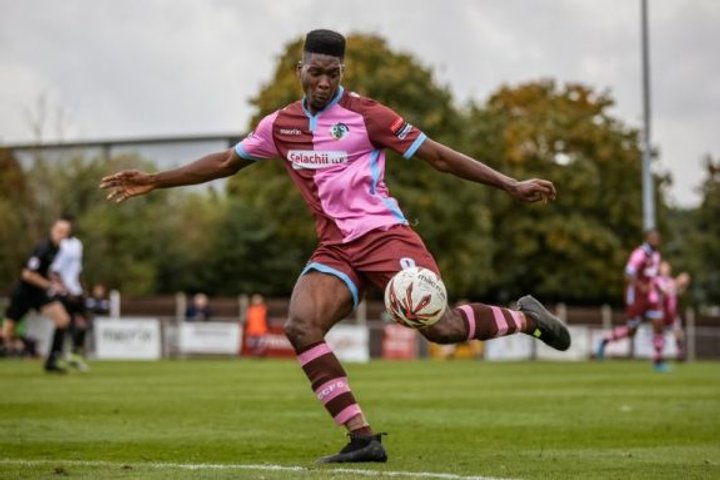 Okojie initially joined The Sports on loan last December from National League side Aldershot Town, marking his debut with a well-taken goal against Worthing in the Sussex Senior Cup.

Since then, he has continued to look impressive on the pitch, scoring in games against Braintree Town and Havant & Waterlooville, and remains a big talent for the future.

Okojie left The Shots earlier in the week and he signed a permanent deal at Priory Lane today.

Worrall came through the youth sides at Priory Lane and was a great servant to the club. However, this season he has found first-team opportunities limited.

He has now signed for league rivals Whitehawk.

Big Defender In To Help Out At Bognor Regis  Bognor Regis Town have brought in imposing defender Manny Adebowale on a month`s loan from National League side Dover Athletic.