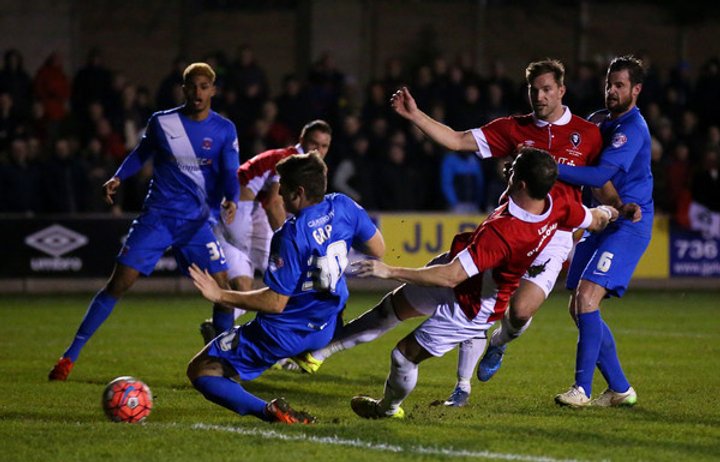 The 30-year-old will play for the Red Rebels next season, the club have announced.

Greaves knows United are going to be a young side again next season but O’Halloran can help guide the squad.

The ex-Salford, Stockport and Aston Villa centre-back is unlikely to be the last new arrival at Broadhurst Park.

Greaves told the United website: ‘I’m over the moon to capture the signing of Stephen, he’s is a player who again comes in with bags of experience.

“He’s had experience of the Premier League and also on the international stage. A defender who can play down the centre or the left side will be a huge asset to us both on and off the field.

“Stephen is a player who the younger lads in the squad will learn a lot from, he’s a winner with a great attitude and exactly the type of player we are trying to bring.”

 Heath Returns To Halifax Again As He Welcomes Wilde Billy Heath and Alfreton Town don’t appear to be hanging around this summer.

Lions Clear Their Deck As Bignot Makes His Plans  New Guiseley manager Marcus Bignot has been getting down to work - with his first job releasing 14 players.