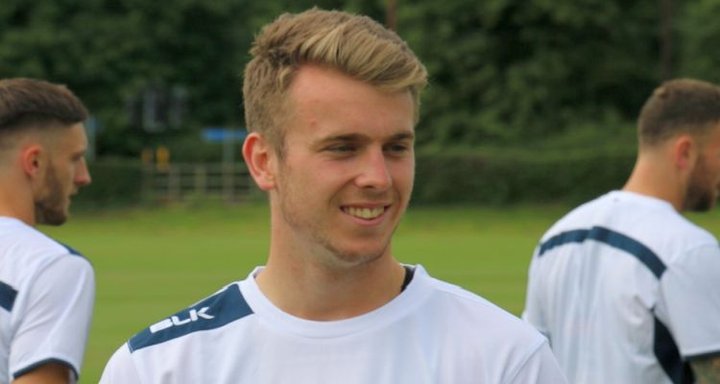 Hartlepool United front man Rhys Oates has committed his future to the league newcomers by putting pen-to-paper on a fresh contract at Victoria Park.

The 22-year-old joined Pools from Barnsley in the summer of 2015 and has scored 8 times in seventy-three appearances for the club since then.

His days at Hartlepool appeared numbered during the early part of last term when he was allowed to join new league rivals Gateshead on loan, but he returned to finish the campaign strongly and was offered new terms.

Oates linked-up with the rest of his team-mates for the first day of pre-season training on Monday before heading to The Vic to finalise his new contract.

“I’m really happy about it,” Oates told the club`s official website. “It was good to get back with the lads today and back playing football and it’s great to have everything sorted with the contract now.

“It’s taken a little longer than everyone would have liked but I am happy it’s sorted now and I just want to concentrate on the football, getting fit again and back among the goals.

“I want to have a good pre-season now; it was a bit up and down for me last season but I felt like I ended the year strongly so I want to kick-on from there.

“I have played in the National League with Grimsby, Chester and Gateshead so I know it’s tough but if we play to our potential then I am confident we can be challenging for promotion”.

Bromley Swoop For Williams  Bromley have announced the signing of Brett Williams.