Now Solihull Bring In Blues Striker On A Month`s Loan 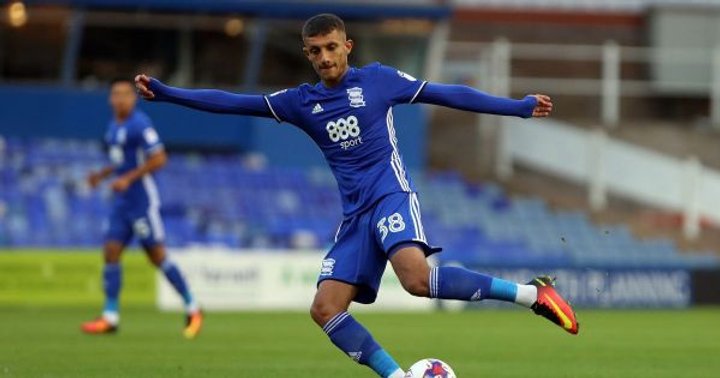 Solihull Moors have followed up the signing of Ben Frempah with the acquisition of striker Jack Storer on a month`s loan deal from SkyBet Championship side Birmingham City.

The 19-year-old was part of the Blues academy up until under-15 level, before joining Wolverhampton Wanderers’ academy and then Stevenage where he was offered a scholarship.

He made his professional debut in August 2015 against Leyton Orient in League Two and signed a professional contract at Boro just weeks later.

Storer returned to St Andrew’s in 2016 and worked his way into first-team thoughts after scoring seven times in 2016/17 pre-season.

He made his league debut for the club in the Championship against Cardiff City and has since go on to play four more times for the first-team.

Loans at Yeovil Town and, more recently, Gloucester City have followed – he scored once in seven appearances with the National League South club.

Storer is available for selection at tomorrow's home game against Boreham Wood.

 Gill Revisits Bath's Nightmare Ahead Of Chippenham Return Jerry Gill subjected himself to a video nasty ahead of Bath City’s A4 derby with Chippenham Town this weekend.