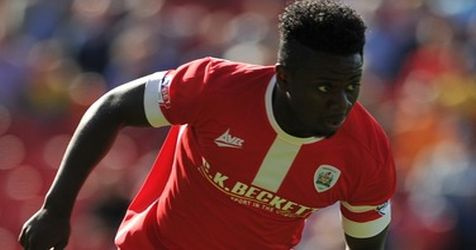 Busy Concord Rangers have announced the signing of forward Nana Boakye-Yiadom from Bostik League Premier side Dulwich Hamlet on a one-year deal.

Boakye-Yiadom started his career with West Ham United and Barnsley, for whom he made two first-team appearances in 2014/15.

He joined Leatherhead after returning to London from Yorkshire and then had a spell with Waltham Forest.

But he made only one competitive appearance for Forest, scoring in the 2-2 draw with Hullbridge Sports on the opening day of last season, before joining Dulwich Hamlet.

He played thirty-five times for the Bostik Premier runners-up and also had a nine-game loan spell back at Leatherhead where he played under new Concord Rangers management team of Sammy Moore and Jack Midson.

And Midson said of the signing: "Nana is a very quick and powerful forward who strikes fear into defenders. He has a point to prove next year".

 Heath Excited By Project On Offer At New Club Alfreton The new Alfreton Town boss Billy Heath says he can't wait to get started after his first few days with the club.