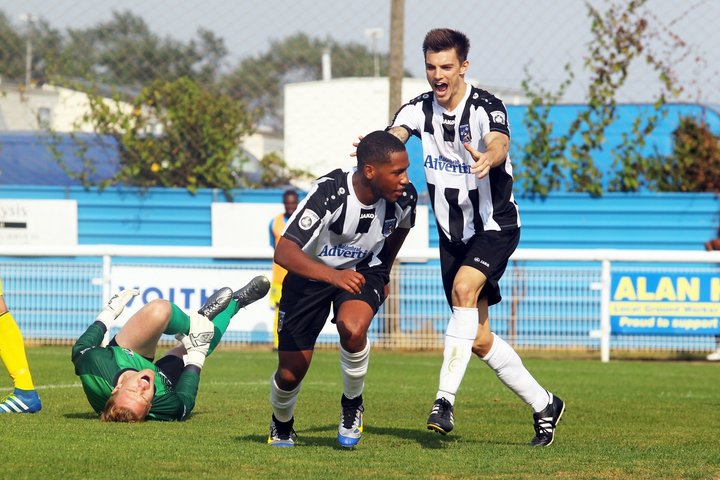 Mark Nisbet can’t wait to return to the York Road pitch for his testimonial match at Maidenhead United this afternoon.

The 30 year old joined when he was a teenager and he is still involved at the Vanarama National League South champions.

Mark Nisbit’s Legends side will feature many Magpies favourites from the past ten years and they will take on the club’s current crop this weekend.

Money raised from the 2pm KO will be going to the British Heart Foundation.

The club’s former captain says Alan Devonshire’s side have every chance of enjoying a great season in in Non-League highest league – but his guest side isn’t planning to give them shooting practice later on.

“It’s a real privilege to be given a testimonial match,” says the defender, who now plays for Slough Town in the Southern League.

“I’m still involved at the club on the community side so Maidenhead is still close to my heart.

“Not every player gets a special match like this and I’ve very thankful to the people at the club for it. Hopefully it won’t just be the first team warming up for their first game of the season!”

Admission is £10 for adults, £5 for concessions and only £1 for children.

 Relief For Beavers As Kiernan Signs New Deal Brendan Kiernan has committed to another year with Hampton & Richmond Borough.

Stringer Left Disappointed At Sutton  Chelmsford City boss Rod Stringer felt disappointed with his side's second half performance at National League Sutton United on Saturday, but was pleased with their overall performance.