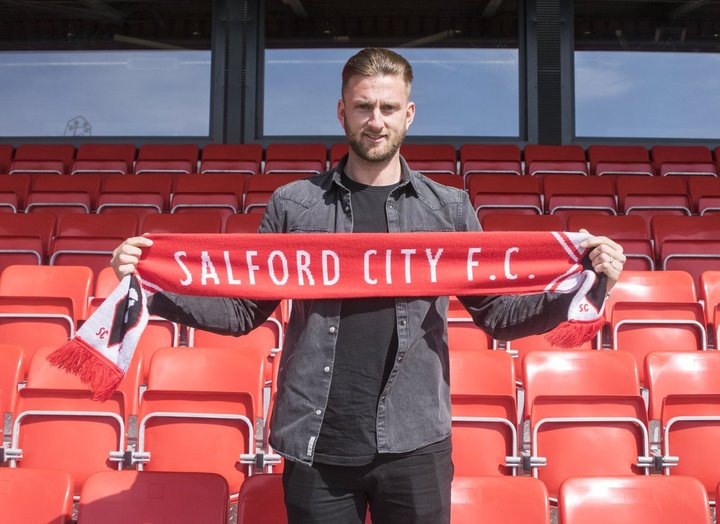 The 32-year-old joins the Ammies on a two-year deal, having, like Pond, been released by SkyBet League One side Fleetwood Town at the end of the 2017/18 season, and follows his former team-mate and manager to The Peninsula Stadium.

Born in St. Albans, Neal started his career at Preston North End before a move to Shrewsbury Town in 2009 where he won promotion to League One.

A move to Port Vale followed in 2012, where Neal again won promotion to League One before being released after another three seasons and moving up to the Cod Army ahead of 2016/17.

After twenty-five appearances in two years, Fleetwood decided not to renew Neal’s contract. However, he does leave with a year’s supply of pizza after keeping a clean sheet against Leicester City in the FA Cup this season!

Now the 6’2” stopper is returning to the National League, which he won promotion from in 2007 while on loan at Morecambe.

Meanwhile, defender Michael Nottingham is set to leave the Ammies.

The 29-year-old has made an impressive ninety-three appearances in two seasons at the club since arriving from Solihull Moors ahead of Salford`s debut season in the National League North and lifted the league title for the second time in 2017/18.

Despite being a right-back, Nottingham notched 11 goals in his first season, including the winner at Brackley Town and the all-important last-minute equaliser against Chorley.

In 2017/18 he popped up with 4 more goals, including another last-minute equaliser, this time away at Stockport County for Salford`s first ever point at Edgeley Park.

On leaving the club, Nottingham said: “I’m deeply saddened to say that my time with Salford City has come to an end. It’s the hardest decision I’ve ever had to make because it’s easily been the best two years of my life with so many ups and very little downs.

“I moved away from home to Manchester, leaving behind family and friends, but gaining new ones at Salford City. I’m extremely proud of my contribution and I’m leaving on the highest note possible. I’m really grateful for the opportunity given to me to play for such an amazing club that is on the rise.

“I really want to thank everybody for all the support I have had over the past two seasons the owners, the committee, the staff, the managers, all my team-mates, and of course the supporters! Thank you all so much for everything and I wish everybody associated with the club the very best of luck”.

 Dowson Makes Collier His First Signing As Manager Of Woking Alan Dowson, who recently took over as the new manager of Woking, relegated from the Vanarama National League, has announced his first signing.